10 spicy foods of the world to try 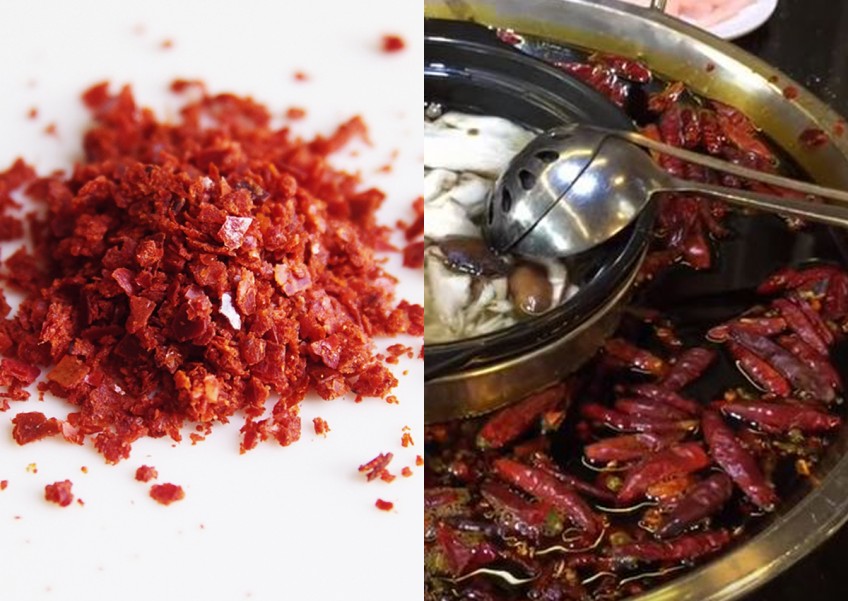 Spice is something that unites people all over the world; from America to Africa, people are crazy for chilli. If Singapore's chilli isn't giving you enough of a kick, you'll want to give these hot treats compiled by Skyscanner a shot. When one too many British customers approached a curry shop in Birmingham demanding the spiciest thing on the menu, a possibly disgruntled chef concocted phaal, a dish some claim is the spiciest curry dish of all time. Made with a dozen or so ground chilli peppers of the most searing varieties, this curry really packs a punch, threatening to disable even the hardiest spice hound. At least one curry house requires its chefs to wear gas masks as they prepare theirs, meaning this isn't your average spice. This is weapons grade spicy curry. You have been forewarned! Ma la, meaning hot and numb, is a traditional Chinese communal meal, originally a way for workers in the early 20th century to enjoy a bit of meat. In those days, working people with a hankering for meat had to settle for the offal, as the choice cuts were far too expensive for their budgets. These resourceful workingmen realised that they could make the discarded cuts of meat much more palatable by serving them in a boiling hot pot filled with alarmingly spicy broth. The dish evolved over the years, and has since become quite popular in the Sichuan area, and abroad as well. After years of continuous upgrading, the Sichuan Hot Pot today is much more refined and no longer a meal for the lower-class. In addition to the traditional humble cuts of meat, high-quality meats and seafood ingredients are also common on the menu. Hot pot parties are loads of fun for eating, chatting, and coping with the burn of the chilli, and we love every face-numbing moment of it. This traditional dish from western India was originally brought east by Portuguese settlers of the 18th century. As time wore on, locals altered the spices to suit local tastes. This is a popular Sunday dish, often made for holy days on the Roman Catholic calendar. One thing about vindaloo is that very few people can agree on what exactly it's supposed to be; are the potatoes integral, or are they a western addition? Should the chef use wine or vinegar? Whatever variation you choose, you'll enjoy it. The various interpretations of the name and recipe mean that you're in for a novel, eye-watering treat whatever version you order. One bite of this dish will instantly transport you to Cajun country, the French-influenced regions of America's south. Shrimp Creole has its origins in the communities of the Creole people, a group whose ethnicity is a melange of (among other things) French, Spanish, African, Native American heritage, and consists of cooked shrimp served over rice, drenched in a mixture of tomatoes, onion, celery and bell pepper. The kick comes from world-renowned Louisiana hot pepper sauce, which kindles a slow burn in your mouth and allows your taste buds to better appreciate the blend of flavours in the stew. It works as a one-pot meal, and also makes a great addition to a potluck party. Creole cooking has a tasty reputation, and this is a great introduction. This traditional Peruvian dish, from the town of Huancayo, is basically a potato dish with a cheese sauce, and is usually served with hardboiled eggs and black olives. It may look light and creamy, but be ready for some fire alarms to go off, because lurking in the creamy base are some aji amarillos, a bright orange chilli that brings the hot hot heat with a uniquely fruity flavour.

This north African curry may contain any number of meats, depending on what's available, but what all variations have in common are tasty and exotic spices that set your palate alight. Usually eaten with inerja, the Ethiopian flat bread that accompanies most meals, this communal stew is a wonderfully spicy way to enjoy a meal with friends and family. Enjoy the taste of slow-roasted onions and clarified butter, alongside exotic spices. This 20th-century invention was first concocted during the Korean war, where meats provided by American G.I.s were mashed up with local foods. As we all know, Koreans like it spicy, so of course they turned the temperature up on this as well. Consisting of processed meats like Spam or hot dogs alongside kimchi, this boiled dish has gone from humble war food to modern haute cuisine. Army Stew has become immensely popular all over the country. The locals know the secret is that the older the kimchi is, the better your stew will taste. This spicy South African dish is neither made of rabbits, nor is it made for rabbits. It's made for people, and it's pretty tasty. Originating in the Indian communities of World War II-era Durban, South Africa, it has gone global, having found a home in international culinary hotspots like London. It's a simple dish, consisting of a carved out loaf of bread filled with curry. Filled with various meats and beans, it goes great with a cold beer on a hot African day.

This popular Mexican dish is essentially a flavourful pork sandwich drenched in spicy, delectable salsa made of very spicy chile de arbol vinegar, tomato and other spices which add a subtle touch of sweetness to balance the fire. Marinaded in garlic and citrus, the pork is slow cooked and then grilled to crispy perfection. If that doesn't sound tasty to you, I'm not sure what will. As an added bonus, this particular sandwich makes for an excellent hangover cure. Also known as Forest Curry or Kaeng pa, Jungle Curry originated in Northern Thailand, an area known for its jungles. It is a very spicy but watery curry that traditionally does not contain any coconut milk, unlike many other Thai curries. What sets it apart from some other Thai curry dishes is the sheer number of chillies they use. One version of this recipe calls for 60 chilli padis, an absurdly high number that should make you cringe just a little.

Click here for the original article or visit the flight comparison site Skyscanner for more.