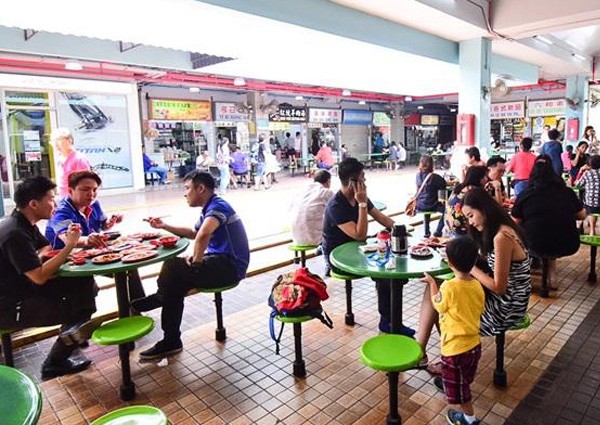 A mystery buyer has offered $17.5 million for the ageing Beauty World Food Centre in Bukit Timah.

The sum was offered by investors through real estate agency PropNex, whose spokesman told The Straits Times that the final amount is still being negotiated.

The figure was reported by Chinese daily Lianhe Zaobao yesterday, but PropNex declined to name the buyer.

If the sale is confirmed, the new operator could redevelop the outdoor hawker centre, located on the fourth floor of Beauty World Centre, into an air-conditioned food court.

Many stallholders have agreed to sell their stalls as they are growing old and their children have no interest in taking over the business.

One of them, who wanted to be known only as Mrs Goh and is in her 70s, has been running a fruit and drinks stall at the food centre for 30 years.

"I am planning to retire. I am getting old," she said in Mandarin.

Mrs Chua Yow Ngoo, 61, who sells hokkien mee and char kway teow, is also likely to pull down the shutters in about a year's time.

But the couple have no plans to retire. "I want to open shop in a school canteen so I can rest more on weekends and school holidays," she said.

Built in the 1980s, the Beauty World Food Centre houses a total of 41 hawker stalls, many of which used to operate at the old wet market nearby.

Stall owners said they were notified shortly after the new year that investors planned to buy the facility.

In recent years, several major coffee shop chains have also expressed interest in buying the centre, but could not agree on a price, Zaobao reported.

Hawkers have sent a representative to talk to the buyer.

Those who wish to continue doing business at the site will have to rent a space from the new operator. Some are already searching for new locations.