2014: The year monetary stimulus proved its worth 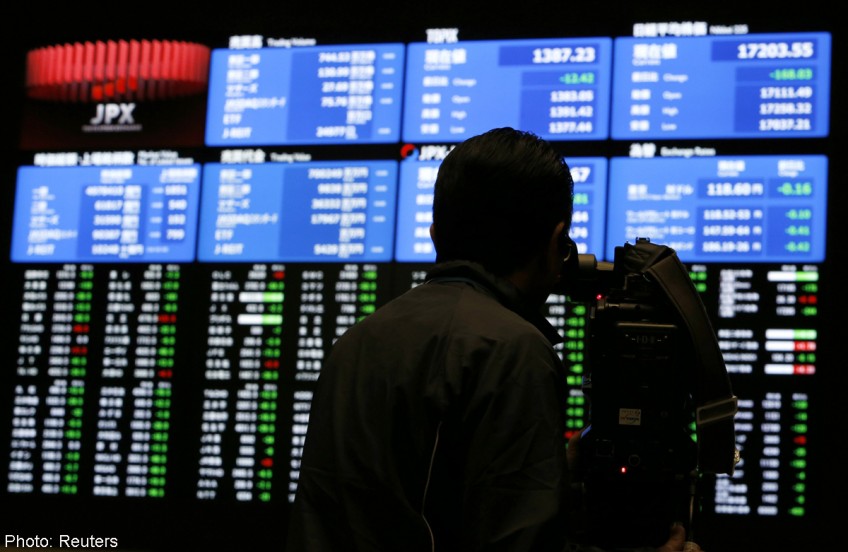 Developments in the world economy since the onset of the global financial crisis and ensuing Great Recession in 2008 raised, then answered, many questions about the state of economic policy understanding and efficacy in the world's markets and halls of government.

Initial reactions to the global financial crisis on Wall Street undermined the status quo belief that the United States financial system and its public governance mechanisms were the most advanced in the world, since they had contributed to the highly risky crisis-causing behaviour of financial market actors.

Later, the long-delayed and weak recovery from recession raised doubts about the "Keynes- on-steroids" monetary and fiscal stimulus that the US government pursued. Global concerns were raised about the effectiveness of these policies in the US, and their potentially adverse consequences on the US and world economy.

But the past two years have definitively shown that aggressive monetary stimulus works. This includes the much-maligned quantitative easing (massive bond purchases by central banks) after interest rates reached their "zero lower bound".

The US in particular is enjoying increasingly robust GDP and employment growth, and a rapidly shrinking federal budget deficit. In contrast, Europe's continued fiscal austerity and limited monetary stimulus has proven inadequate to the task of combating deflation, stagnation and persistently high unemployment.

In Japan which has seen two decades of virtual stagnation, Prime Minister Shinzo Abe finally embarked on aggressive monetary easing which showed immediate positive results - until an ill-timed increase in the consumption tax (an attempt to fix its huge budget deficit and world's largest national debt burden) pushed it back into recession.

China recently reversed course by relaxing credit to mitigate a sharp slowdown in GDP growth. This came after two years of monetary tightening to curb its own "unbalanced" growth that had been fuelled by excessive lending by state and private enterprises creating excess capacity in the property market and heavy industry.

Each of these countries/regions, East and West, followed standard orthodox Keynesian counter-cyclical stabilisation policies. This meant stimulating growth with fiscal measures such as cutting taxes and raising government spending and monetary measures such as lowering interest rates and increasing government bond purchases. To fight inflation, this would mean fiscal measures to raise taxes and reduce spending; and monetary measures that raise interest rates and sell government bonds.

The size and timing of these policies may vary. "Too little too late" is blamed for the ineffectiveness of stimulus in the euro zone, while "too much too long" is blamed for China's problems today.

While these are domestic policies, globalisation also has a role to play in their effectiveness and international impact through trade and investment "leakages".

For example, monetary stimulus and the resultant intended inflation caused capital to exit Japan in search of higher returns elsewhere, weakening the yen, which in turn further increased inflation as import prices rose.

Japanese automakers and other manufacturers have since reaped record profits from increased (cheaper) exports, while other companies have been hurt by increased import costs, especially of energy.

The weak yen has also hurt the competitiveness of Korea's - and possibly also China's - exports, while reducing the export stimulus that Europe would otherwise enjoy from the euro's depreciation against the US dollar.

The US dollar's rise is itself fuelled by capital flooding into the US in search of a safe haven amid global political unrest, anticipated higher interest rates already announced by the Fed as its monetary stimulus ceases, and expected higher profits from strengthening US growth.

The strong US dollar dents US exports and increases imports which are now cheaper, but this helps keep inflation (already below target) in check - which in turn keeps Fed tightening at bay, prolonging a bullish stock market.

As for emerging markets, they were whipsawed first in 2010 by capital inflows fleeing recession and monetary stimulus in the crisis-hit advanced economies. This inflow strengthened their currencies, hurt their exports, and fuelled domestic asset bubbles.

Then they were hit in 2013 by a reversal of such flows attracted by anticipated monetary tightening and stronger growth in the US, which caused their currencies to weaken and inflation to rise.

Central banks in these countries resorted in 2014 to raising interest rates, which predictably stabilised currencies and checked inflation, but at the expense of slowing growth. Countries whose commodity exports had fed China's investment-led growth bore the brunt of the slowdown in overall global demand.

The plunge in the price of oil is only the most dramatic expression of this decline in commodity demand, exacerbated by increased supply from US shale (expected) and Libya (unexpected), plus falling demand from Russia as it enters its own recession, and from other commodity exporters themselves.

The fall in oil price is likely to be a net positive to the heavily oil-dependent US economy, strengthening consumer demand and thus imports from the rest of the world, aided by a strong US dollar.

US still the demand driver

We appear to be back in a 20th-century world where dominant US demand enabled the rapid growth through exports of first Japan, then the "Four Asian Tigers" (South Korea, Taiwan, Hong Kong and Singapore), followed by China, South-east Asia and other emerging markets.

But this development is nothing to be sanguine about.

First, the US today accounts for a much smaller share of world demand than in the 20th century, so its demand alone cannot keep the rest of the world afloat.

Second, the current US recovery aside, the advanced economies of the US, Europe, Japan, Korea, and others will never again enjoy secular growth as high as they did in the last century.

This is due to ageing demographics, mounting budgetary burdens, the normal shift towards consumption of (mostly non-traded) services rather than traded goods at higher income levels, and the spread of social innovations such as a culture of conservation, buy-local movements and the sharing economy.

Third, as their current slowdown suggests, emerging markets may not grow fast enough to absorb the slack, due to both domestic policy and international market constraints. Already there is concern that the slowing growth of world trade may be here to stay, dampening India's and Indonesia's prospects of following a "China model" of export-manufacturing-led growth.

This is unlike the second half of the 20th century when the volume of world trade greatly exceeded that of world GDP, enabling East and South-east Asia's rapid growth.

China itself is gearing up for a "new normal" of slower GDP growth of below 7 per cent (a third less than it experienced over the past three decades). Much of its demand will be internally rather than externally provided, being grounded in home-based services (health, education, eldercare, entertainment) and infrastructure (affordable housing, transportation) rather than imported manufactures and commodities.

For all countries, government macroeconomic stabilisation policy has its limits - with subsequent rounds of monetary and fiscal stimulus being progressively less effective, and easy money having an unpopular side effect in increasing the returns to capital (from cheap borrowing, high profits and booming stock markets) more than to labour, thereby worsening inequality and reducing the boost to mass market consumption that stimulus is supposed to generate.

Policy effectiveness is also hampered by national economic constraints - for example, cheap money and easy credit alone will not encourage businesses to invest in boosting growth if there is excess capacity due to previous poor investment decisions by state- owned enterprises (China), or if labour-market rigidities make it expensive to hire and fire workers (Europe).

In Japan, it is Mr Abe's "third arrow" of labour market, corporate governance and industrial policy reforms; in Europe, it is labour market liberalisation, budgetary reform and industry deregulation; in the US, it is financial market regulation, entitlement reform, and productivity- enhancing public investments; in China, it is financial market liberalisation, fiscal restructuring and state-owned enterprise reform; in India and Indonesia, it is budgetary reform, industry deregulation, and productivity-enhancing public investments; and so on.

All of these face domestic political and cultural-ideological challenges in being enacted.

Today there is no contestation - if ever there was - between stereotypical "Western" and "Asian" models of economic growth (for example, private versus state capitalism) and political development (for example, authoritarianism versus democracy).

The year 2014 showed us that all governments - from West and East, advanced and emerging economies - respond to macroeconomic imbalances (stagnation, inflation, deflation) with the same set of time-tested and mostly if incompletely effective Keynesian policy tools of monetary and fiscal stimulus or restraint.

All also face serious, if different, political challenges in enacting the domestic structural reforms that they know - and have even announced- are necessary.

We are more alike than we are different, and we are all in the same boat.

2015 will reveal how well we collectively steer it, together.

The writer is professor of strategy at the Stephen M. Ross School of Business, University of Michigan, in the US.

This article was first published on December 27, 2014.
Get a copy of The Straits Times or go to straitstimes.com for more stories.