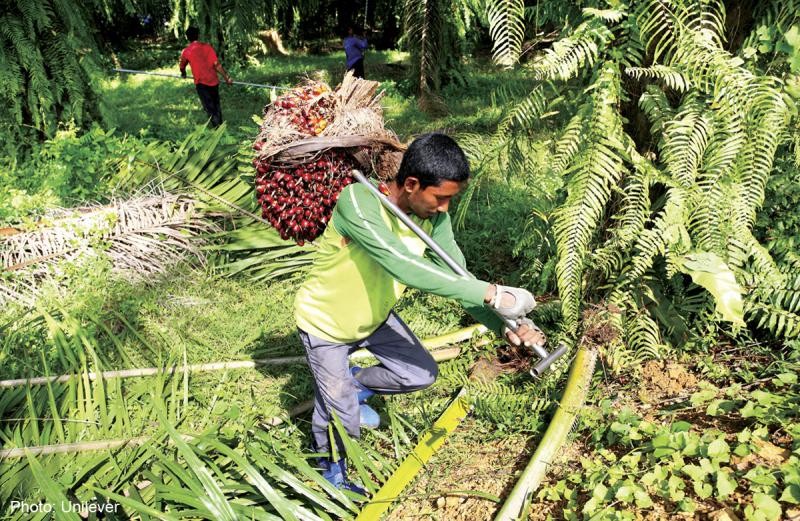 Three of the world's top food and consumer goods companies that make Dove soap, M&M's and Kellogg's Corn Flakes have dropped a leading Malaysian palm oil producer because of deforestation in its plantations in Indonesia.

Unilever, which owns over 400 brands including Dove, announced last week that it has begun cancelling its supplier agreements with palm oil producer and trader IOI Group over evidence of bad environmental practices in Indonesia.

IOI is Malaysia's No. 2 palm oil company by production and a top 10-listed global palm oil firm. Unilever is one of the world's top buyers of palm and palm kernel oil and refined products.

United States food giants Mars and Kellogg's have also announced that they are in the process of removing IOI as a supplier by progressively dropping contracts with IOI's refining subsidiary IOI Loders Croklaan, which has refineries in Malaysia and Holland.

Palm and palm kernel oil are used in most common foods and products - from cookies and ice cream to soaps and cosmetics.

Many major food and consumer product firms have pledged to ensure that their supplies are sourced from companies that do not contribute to the destruction of rainforests, fires or conflicts with local villagers, and have been applying greater pressure on plantation companies to comply.

Unilever said last Thursday that it made the decision after IOI was suspended last week from the Roundtable on Sustainable Palm Oil (RSPO), a group of planters, non-governmental organisations (NGOs) and consumers that sets standards for the global palm oil sector.

The RSPO said it suspended IOI's certification for non-compliance with rules. The suspension took effect on Monday.

The decision follows a year-long investigation under the RSPO's complaints process. Last year, a Dutch NGO lodged a complaint with the RSPO, accusing IOI of causing deforestation and community conflicts at its subsidiary's concessions in West Kalimantan.

"It's all about brand reputation and customer perception. They have no choice but to start disengaging from IOI," plantation company analyst Ivy Ng of CIMB told The Straits Times.

IOI Group chief executive officer Lee Yeow Chor said in a statement last Thursday that the company regarded the RSPO suspension as a "very serious matter and (it) has given rise to new challenges for us". He said IOI has since taken corrective action "to review and enhance our sustainability practices".

The decision to drop IOI is likely to hurt the Malaysian firm. Plantations and its large refining and specialty chemicals subsidiary contributed to more than 80 per cent of earnings in the financial year to end-June 2014.

IOI did not respond to queries on the impact on its business and Unilever would not reveal the size of the supplier contracts with IOI, saying only that the Malaysian firm was one of its larger suppliers in Europe.

"The suspension of IOI Group's RSPO certification appears to have far-reaching impact on its downstream business that is more severe than in our earlier analysis," Ms Ng said in a research note this week. "It has also hurt the reputation of the group."

RSPO's suspension means that IOI can no longer produce certified palm products. The company has a history of complaints from NGOs.

"IOI has been given every opportunity to reform and has repeatedly refused to do so, even though its actions were contributing to the fire and haze crisis," she said.

This article was first published on April 7, 2016.
Get a copy of The Straits Times or go to straitstimes.com for more stories.