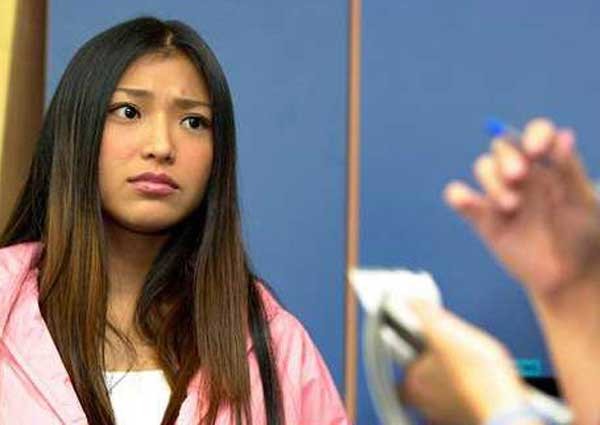 So your resume isn't actually the best in the world, but neither is everyone else's, aside from the odd overachiever. Why then have you received no call-backs after attending so many interviews?

If you've gone for more than ten interviews but it seems that nobody was too excited to see you back there again, you're probably not giving off the right vibes to hiring managers.

Interviewees tend to think that the interview is a chance for them to shine, to show the interviewer why they're such superior candidates they could even take over the boss's job.

What they fail to understand is that they've by and large been screened for their credentials already at the point where the hiring manager went through their resume. The interview is not the time to start bragging about achievements that you've already written about on your resume-it's a chance to show that you're a likeable person with a can-do personality.

Here are three things that make hiring managers trash your CV once you've walked out the door.

1. You don't seem like someone who will stay in the company long-term

Employers in Singapore have a hard time keeping their employees. The turnover rate across most industries is much higher than the global average due to the tight labour market. This problem is particularly prevalent amongst millennial hires.

As getting hired is often easier for millennials than for older employees, and many are not saddled with financial commitments like rent or mortgages, it is common for the former to jump ship after less than three years, which also means employers are constantly hiring and retraining entry level employees.

That means that the level of commitment the hiring manager thinks you display will play a big part in whether you get hired. How you answer the "where do you think you'll be in five years" question is very telling. If you say you want to start your own business or eventually be working in a different field, don't expect to get a callback.

It's also sad but true that being overqualified will cost you job offers in Singapore, especially in SMEs, as hiring managers will be suspicious that you're just using the post as a stepping stone to something else.

2. You seem like someone who would be difficult to manage

Unless you're interviewing for some start-up run by 28-year-olds, it's safe to say that most local hiring managers are looking for someone who looks "manageable".

In Singapore, there is a high power distance at work, so local bosses generally want to be respected and accorded authority. Of course, the same does not necessarily apply in overseas markets, so it's important to understand the local culture of the company you're interviewing for.

That doesn't mean you go into an interview acting like a sheep. But it does mean that you try to tame the more rebellious parts of your personality, such as by not rudely contradicting the hiring manager just for the sake of it, or being very vocal about your alternative lifestyle.

You also want to mind your manners and generally show that you're someone who's willing to obey instructions and learn from your superiors, rather than a know-it-all who wants to do everything his way.

3. You seem completely unexcited about the job

There are enough "sian"-looking employees in Singapore. In fact, when you really think about it, most people look sian as hell all day long-in their interaction with customers, as they sit at their desks at work, during lunch in the CBD and on the MRT back home.

And employers know that a "sian" employee rarely does the best work and is in danger of quitting the moment he finds a job he's less unenthusiastic about.

Admittedly, most of you will not be interviewing for your dream job. After all, three quarters of Singaporeans think of their jobs as nothing more than a way to put food on the table, according to the rather sad results of this survey.

But if you want to get hired, at least feign some enthusiasm for the post you're interviewing for. That means that when the hiring manager asks you why you submitted your resume, you do NOT say you were just dying to get away from your current company, or that the main reason you choose the company was because it was close to your home.

You may not be the bright-eyed idealist who wants to change the world, but at least try to show there's something about the work that you like, even if it's a no-choice job you're interviewing for.

This article first appeared on MoneySmart.