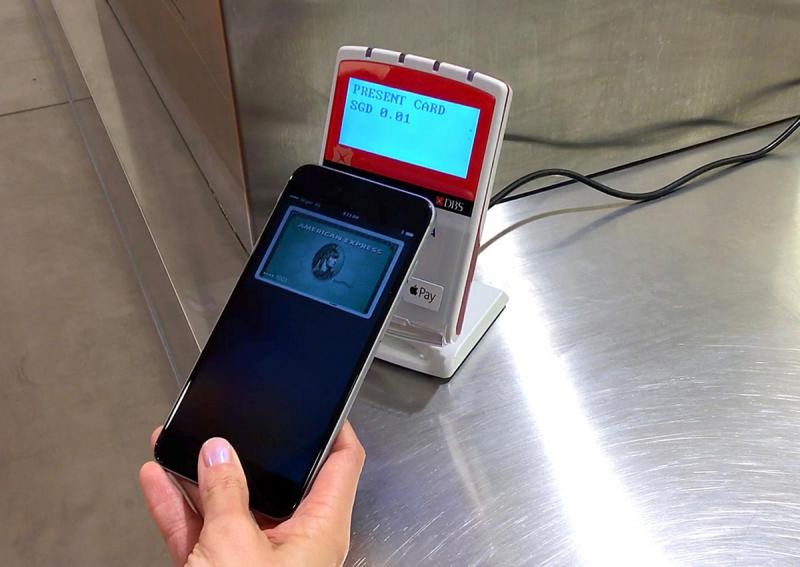 FIVE major banks in Singapore have signed up to the Apple Pay e-wallet system, allowing credit and debit card users here to tap and pay with their mobile device from today.

Together, the five banks - POSB, DBS, OCBC Bank, United Overseas Bank and Standard Chartered - account for more than 80 per cent of the Visa and MasterCard credit and debit cards issued in Singapore.

Their customers can now add their card details to a "digital wallet" stored on their iPhone, iPad and Apple Watch devices.

Apple Pay launched here last month but its use has been limited to holders of American Express-issued cards until now.

Vice-president of Apple Pay, Jennifer Bailey, said: "Now, almost everyone can leave their wallets at home.

"Apple Pay will be a natural extension of what users have been doing at payment counters."

Like the ez-link stored value and Visa payWave credit and debit cards, Apple Pay uses the wireless near-field communication (NFC) technology to transmit data between the mobile device and a contactless payment reader.

Already, a third of all Visa credit and debit card transactions in Singapore at brick-and-mortar stores are contactless, according to Visa.

Users need to place their fingers on the iPhone and iPad's fingerprint sensor to authenticate a transaction.

There is a $100 cap on most transactions.

But UOB has lifted the $100 cap for its merchants such as SPC and Caltex petrol kiosks, Metro megastore and Coffee Bean.

Supported handsets include the iPhone SE, iPhone 6, iPad Pro and the iPad Air 2. Apple Watch users just need to tap their watch on the contactless reader.

Clement Teo, a senior analyst at market research firm Forrester, said: "Contactless payment has the potential to be more widespread as Singaporeans are already quite used to tapping and paying for goods with Visa payWave."

Ms Bailey said Apple is working to bring more banks on board.

It is understood that banks have to install new backend systems, such as those that verify transactions, to work with Apple Pay.

Citibank, HSBC, ANZ and Maybank still do not work with Apple Pay.

Next month, Samsung Pay will launch here, allowing Samsung devices to be used to make payments. It has tied up with Visa and MasterCard as well as a number of banks to roll this out.

"But digital wallets like these are bringing that vision one step closer," he added.