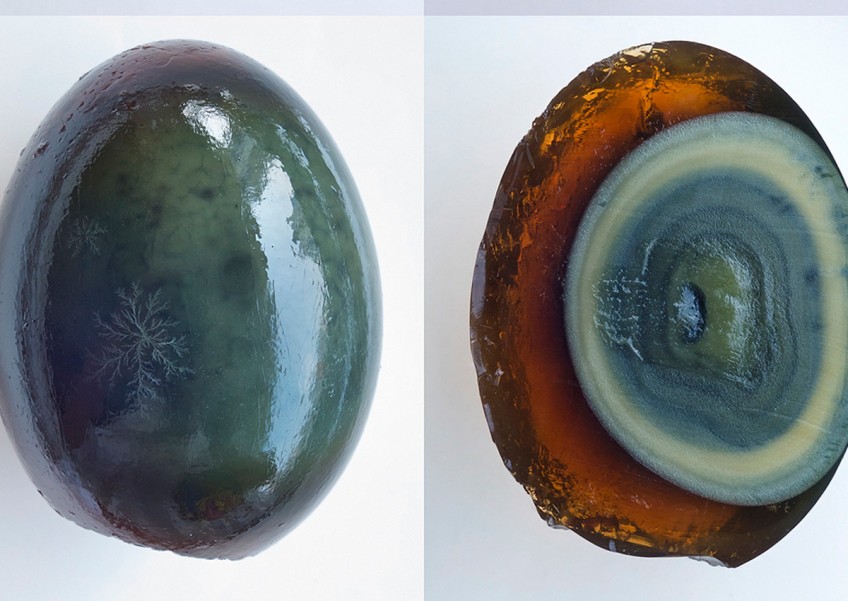 Hundreds of years ago, a savoury idea - called the century egg - was hatched in rural China. As the story goes, a farmer found naturally preserved duck eggs in a muddy pool of water and slaked lime (a type of calcium hydroxide). After surviving a tasting, he set out to replicate them manually, resulting in a delicacy that would endure for centuries as a comfort food in Hong Kong, China and parts of Southeast Asia.

Though details of the century egg's discovery are undocumented, scientists estimate that it dates back more than 500 years to the Ming Dynasty. And aside from some techniques used for large-scale production today, the egg preservation process has remained relatively unchanged.

To make the eggs, a vat is typically filled with a combination of strong black tea, lime, salt and freshly burned wood ashes, and is left to cool overnight. The next day, duck, quail or chicken eggs are added to the mixture, and they soak anywhere from seven weeks to five months - not for a century as the name implies.

The century egg also goes by many other names, such as hundred-year egg, thousand-year egg or millennium egg. But no matter what it's called, this common snack - readily available in grocery stores, at Chinese restaurants and in humble congee shops - is a bit of an acquired taste, especially for travellers who group it with other Asian foods such as chicken feet or snake soup.