6 places to get craft beers for less than $10 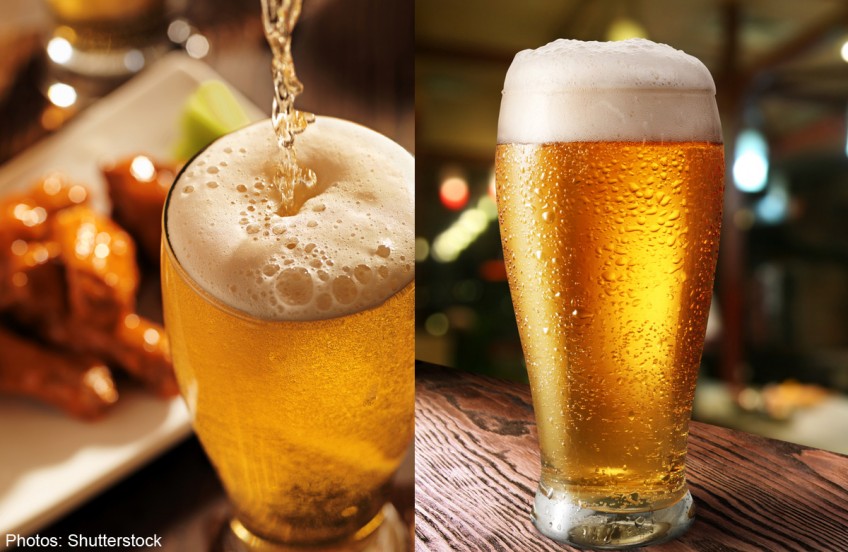 Take one look at the menu at a typical bar in Singapore and you know you're going to be ordering the Tiger Draught. Not because you love local beer but because ordering anything else will mean you'll be visiting the pawnshop the next day.

If you're sick of the taste of Tiger and Heineken and feel as if hanging out at kopitiams so much is turning you into an uncle or auntie, a pint or two of craft beer might be just what you need to make you feel relevant again.

Here are six craft beer joints that won't rob the living daylights out of you:

There's something decidedly badass about bypassing the hip cocktail bars and hot footing it to the rough and ready Chinatown Complex hawker centre.

The Good Beer Company is a drink stall at the hawker centre that sells an extensive range of craft beers and ciders. From Taiwanese fruit beers to imports from the US, the Netherlands, Australia, and Japan to homegrown Jungle Beer, drinks here range from $6 to $15. Plus you can come down in your slippers and shorts and no one will bat an eyelid.

Those who fondly remember the French Stall at Serangoon will jump at the chance to sample the German fare at Stew Kuche, a gourmet hawker centre stall that serves gigantic pork knuckles and beers from $6 to $10.

On "happy beer days" from Tuesday to Thursday, a bottle of Marstons Old Empire from Staffordshire goes for $9, while beer from Lindemanns, a Belgian brewery, costs $7.

While its neighbours on Kandahar Street have dolled themselves up to so-hip-it-hurts proportions, Witbier Cafe looks like one of those places you would only take a certain kind of date. It is also one of the few Singapore pubs that manages to look pub-like without attracting KTV hostesses.

Witbier specialises in craft beers from Germany, Belgium and France, such as Timmermanns Strawberry Lambicus, which goes for $8. Happy hour is from 4 to 9pm and gets you about 20 per cent+ off.

Some people say the drinks aren't as good as more exotic-looking imports. But come on, a pint costs $7 during happy hour, and you can get a beer tower for $40. Favourites include summer ale and monster green lager, which looks more like lettucino.

The RedDot Brewhouse outlets at Dempsey and Boat Quay certainly don't feel as exclusive as the hipster bars popping up like pimples all over Singapore, but it's unpretentious and laid back, a combination that's hard to find these days

Anyone who was once a student in Singapore will have heard of Brewerkz, where they sell their own beers at consistently low prices. If you're all about day drinking, you can get $6 pints, which will set you back $15 during peak hour from 8 to 11pm. Half pints for most of the brews cost no more than $10 at peak hour and can go as low as $5.

Let's be honest-nobody really comes here to sample the fine taste of artisanal beers. The selection is basic and there are the usual suspects like pale ale, pilsner and lager.

Just because a bar is located in the far-flung suburbs of Singapore doesn't mean the beer there is going to be cheap, as I've discovered after having to grip the side of the table to steady myself after seeing one too many unreasonable menu.

The Cider Pit is one of the few genuinely affordable neighbourhood bars offering craft brews. Serving UK beers like Grox-Box Lager and Badger Fursty Ferret on tap for just $5.50 for a half pint and $10 for a pint, as well as specialty bottled beers from $9-15, this no-frills bar shows everyone else what a true neighbourhood joint should feel like-simple, cosy and non-predatory.

This article first appeared in MoneySmart.sg at http://blog.moneysmart.sg/lifestyle/6-craft-beer-joints-can-drink-less-10/