6 types of food that Singaporeans are overpaying for 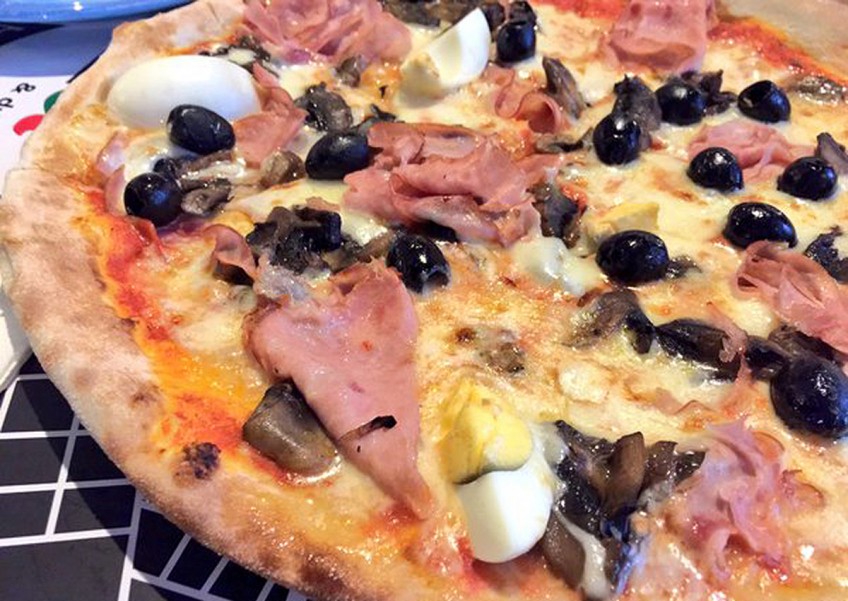 Singapore is known to be a food haven for tourists all over the world. Our local delights such as Hainanese chicken rice, laksa and chilli crab are unmatched in the culinary scene. Add in any other deep-fried items with salted egg yolk and you would be looking at an instant winner.

However, this does not mean that every food item in Singapore are worth the price that we are paying for. We have created a list of items that we think Singaporeans are currently overpaying for.

A word of disclaimer, just because your favourite food is on this list does not mean it does not taste good, or that you shouldn't be buying it. In fact, we have multiple favourite food items of our own listed here as well.

Rather, what we are saying is that we are paying a lot more for these food items compared to where they originated from, and what the rest of the world is paying.

We are not referring to our local selection such as our favourite kopi O and kopi C. We have no qualms paying $1.20 for them at our local coffee shop.

Rather, what we are referring to is the branded coffee being served at big coffee chains such as Starbucks and Coffee Bean & Tea Leaf. We are not saying that the coffee in these places don't taste good, but rather, that we are overpaying for them compared to what the rest of the world is paying.

In the US, a freshly brewed tall coffee can be bought for as little as US$1.75. This is in fact quite similar to what we are now paying for our coffee in local outlets such as Ya Kun or Toastbox.

Since the days of Teenage Mutant Ninja Turtles, kids have enjoyed eating pizzas. It is common to see pizzas being served and shared in Singapore during birthday parties for both kids and adults.

Yet like many popular local cuisine, pizza actually started out as a food meant for the poor. The poor folks in Italy (where pizza originated from), who could only afford basic ingredients such as flour, olive oil, tomatoes, herbs and cheese created pizzas that were sold by food vendors on the streets. The original pizzas, the Marinara and the Margherita, contained no meat and were meant to be affordable to the masses.

In Singapore however, pizzas are seen as a slightly pricier type of food with many popular pizza providers such as Domino's Pizza and Pizza Hut charging about $20 per pizza. Yet in countries such as Australia, it is possible to pick up a pizza from either of these outlets for no more than AUD$5 per pizza. In Italy, you would also be able to find a range of affordable and delicious pizzas at around the same price.

Mexican food is a unique alternative compared to what we are used to in Asia. Basic staples include beans, corns and various types of peppers and sauces. When you include meat into the meal, popular local dishes such as tacos, quesadillas and burrito are created.

Many of these famous Mexican foods are essentially street food. The wraps, rice, corns, beans, peppers, meats and salsa can be combined easily to form one delicious and irresistible food item. Once again, they are meant for the masses to enjoy at affordable price.

In Singapore, possibly due to an absence of choices, Mexican food can be extremely expensive. A set of three tacos served alongside with rice and beans at Cafe Iguana (which we really enjoy going) can easily cost about $24.

In Mexico, a good taco can easily be bought for about S$1. Even Taco Bell sells its tacos for about US$1.40 in the States. We wish they would make a return back to Singapore one day.

Yoghurts (or froyo) are a great alternative to ice cream. The yoghurt craze has recently caught on in Singapore with yoghurt chains like llaollao being the talk of the town.

A llaollao yoghurt does not come cheap. At about $6 per serving with toppings, this frozen yoghurt costs about the same price as a full meal at a coffee shop or a fast food chain.

We are not going to debate with the thousands of fans they have about the taste of the product, but we wonder if they really should be so expensive as an after meal dessert?

We absolutely love doughnuts, especially good ones. Unfortunately, we don't get to enjoy doughnuts as often as we would like simply because it is much more expensive than we think it should be.

For example, an original glazed doughnut from Krispy Kreme cost about $2.60. Compare that to the price of the same doughnut from the US, which costs about US$1 (or S$1.40 after conversion) and you can see why we are not so keen to pay so much to get our doughnut fix.

Let's face it. It is hard to find cheap Korean food in Singapore (we are excluding the token Korean food stall that every food courts seems to have that claims to sells "Korean" food).

One of the most popular Korean food is army stew (aka budae jjigae). When you dig beneath its history, you would appreciate how it came about. The "army stew" was created by mixing local Korean staples such as kimchi and noodles along with food obtained from leftover combat ration from the US army such as luncheon meat and hot dog, thus creating a delicious one pot meal that had a balance of carbohydrate, protein and fibres.

It might taste good, but there is no reason (in our opinion) why the ingredients used in the dish warrant such an expensive price in Singapore.