6 ways being forgetful causes Singaporeans to waste tons of money 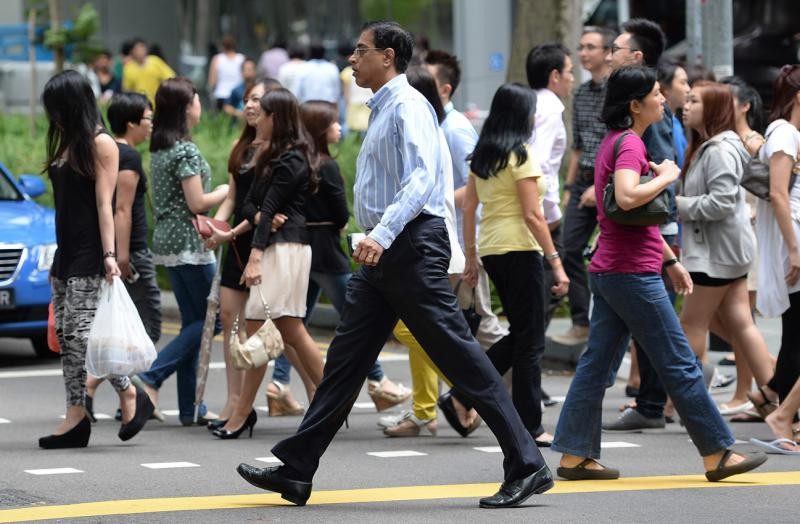 For most Singaporeans, their first brush with the dangers of forgetting stuff came in primary school, when they had to grit their teeth and tell their teachers, "I forgot to bring my English textbook / science lab rag / PE attire." Back then, the worst thing that could happen to you was being made to stand in the corner.

Big deal. But as an adult, the consequences of being forgetful are far worse-they can cost you your hard-earned cash. Here are six ways forgetfulness gets expensive in Singapore:

As an adult, you're expected to remember to do stuff on time, whether you're paying your credit card bills, paying your road tax or returning your books to the library. And each time you're late, you can expect to be slapped with a fine.

In the case of library books, you can get away with paying less than a dollar per day. But you're not always that lucky. The worst late fees are probably those levied by banks for late payment of credit card bills. Not only do you get slapped with a late payment fee of $50 to $60, you also have to pay ridiculously high interest rates on the amount you owe.

If you work at an office where everyone feels obliged to buy Christmas gifts for everyone else at the end of the year, you've probably received countless vouchers. Or you might be addicted to Groupon and have bought coupons for everything from restaurant meals to slimming pills.

Well, vouchers and coupons do come with an expiry date, and if you're not careful it's all too easy to miss them. Forget the existence of your vouchers or coupons one day late and that $100 turns into $0 overnight.

So you took out that housing loan years and years ago, and the pain of making loan repayments has gradually dulled with the passing of time. You might have balked at the interest rates when you first took out the loan, but now you've gotten so used to it that refinancing seems like an unnecessary burden. So troublesome to head to the lawyer's office again for another round of document signing!

Well guess what, if you forget to check interest rates from time to time and fail to refinance when you should, you could be cheating yourself out of hundreds or even thousands of dollars. Check out MoneySmart's refinancing wizard if you haven't already.

4. Forgetting to ask for money people owe you

Most of us have experienced that one friend who always "doesn't have cash" at the bar or restaurant. "Can you cover for me first?" he or she asks sweetly. "I'll pay you back when I withdraw cash at the ATM. So you obligingly cough up $20 to $40 on their behalf. Two hours later, your friend is waving goodbye as he hops into a cab, and you're left mourning the loss of your money. And that's just a minor incident.

There are people who lose much more because they used their cards to cover for their group of 10 at lunch or dinner, and only 6 of the people in the group paid them back. We're not saying you should never lend people money, but if you're interested in getting your money back, you can't just expect everyone to automatically pay you back (because they might be forgetful too!).

Also beware those people who suffer from cash flow issues and yet still want to continue to upkeep their glamorous lifestyles. So they borrow hundreds or thousands of dollars from their friends, promising to repay them the next time they receive their salaries.

If you've ever experienced any of the above, we're sorry to say that you're the one who's going to have to do the chasing. If you're the forgetful sort and can't keep track of the money people owe you, you can bet that they're going to conveniently be just as "forgetful".

5. Forgetting to turn off your air con and unplug electrical appliances

Singaporeans aren't the most environmentally friendly bunch, and that (and the horribly muggy weather) could be why so many people turn on all the lights and crank the air con all the way up the minute they get home.

Electricity is not as cheap as you think it is, and the average family living in an HDB 5 room flat spends about $75.48 a month on it. Almost nobody I know bothers to unplug their appliances when they're not in use to stop them from silently sucking electricity, and people routinely leave lights, fans and the air con on even when they leave the room for extended periods.

It's not difficult to remember to turn off appliances when you no longer need them-you just have to start monitoring your family's electricity bill regularly and after a while you'll start equating electricity use with paying money. Even if you're living with your parents and the bill goes to them, chances are you're contributing to household expenses too.

Another advantage of not leaving everything running when you don't need it is that you stop contributing to global warming and pollution, which is part of the reason Singapore is so unbearably hot in the first place.

6. Not using perishables before it's too late

Singaporeans are skilled shoppers, and there are many people with cupboards full of perishable items like snacks and beauty products. Unfortunately, the more you buy, the more difficult it is to keep track of the things you own. To make matters worse, our terribly hot and humid weather makes products go bad faster.

If you regularly discover that your face cream now resembles sludge from the swamps of Sungei Buloh or the snacks you bought while holidaying in Thailand are now well on their way back to the environment, that's a signal to use all the perishables you buy more promptly instead of storing them in hopes of taking them out on a special occasion that never arrives.