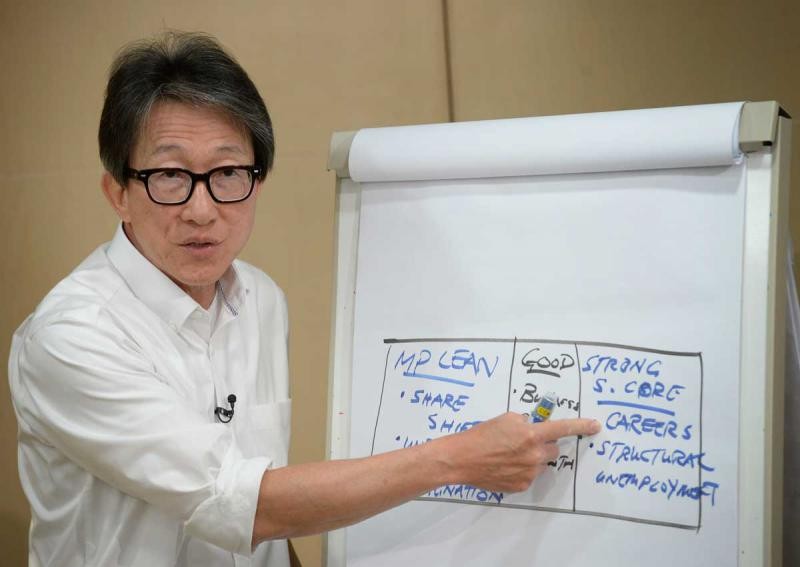 THE Government is stepping up efforts to get more companies to redesign jobs for older workers as the population ages, including beefing up grants for employers.

This comes ahead of legislation to raise the re-employment age ceiling from 65 to 67 next July.

Manpower Minister Lim Swee Say yesterday announced that the Government will be enhancing the WorkPro scheme, which was first introduced in 2013 to boost local manpower, and will now focus more on making the workplace age-friendly.

More funding will be available under the Job Redesign Grant, which supports companies in adapting jobs to older workers' needs.

Starting from this July, a company can receive up to $300,000 for job redesign projects targeted at workers aged 50 and above - twice the funding previously available.

Previously, funding for these projects was capped at $150,000 for workers aged 40 and above.

Companies can also apply for a top-up of up to 80 per cent of project cost if they are already tapping the Capability Development Grant and Inclusive Growth Programme.

Under another scheme, the Age Management Grant, they can get $20,000 in funding if they adopt four workplace and hiring practices that directly benefit older workers.

A total of $66 million will be made available to companies over three years under these enhanced schemes.

Speaking at a learning journey to restaurant Lawry's The Prime Rib yesterday, Mr Lim stressed the need for companies to prepare in advance for a higher re-employment age.

"As our workforce continues to age, we are going to see more and more mature workers over 60 years old," he added. While this group was 5 per cent of the workforce 10 years ago, it is now 12 per cent.

Mr Lim said that adopting better measures need not mean grand schemes but "small ideas that mean a lot to these mature workers".

Lawry's had three older workers in 2013 and now has 13. It uses measures such as flexible work arrangements to retain its mature workforce, and hopes to turn to the enhanced WorkPro scheme to fund improvements to its e-menu system.

The system, which will debut in the third quarter of this year, automates the sending and delivery of customer orders between the servers and the kitchen and makes service 30 per cent more efficient.

A tripartite committee has also revised guidelines on the re-employment of older workers, such as adjusting the recommended payouts to workers whom employers cannot re-hire.