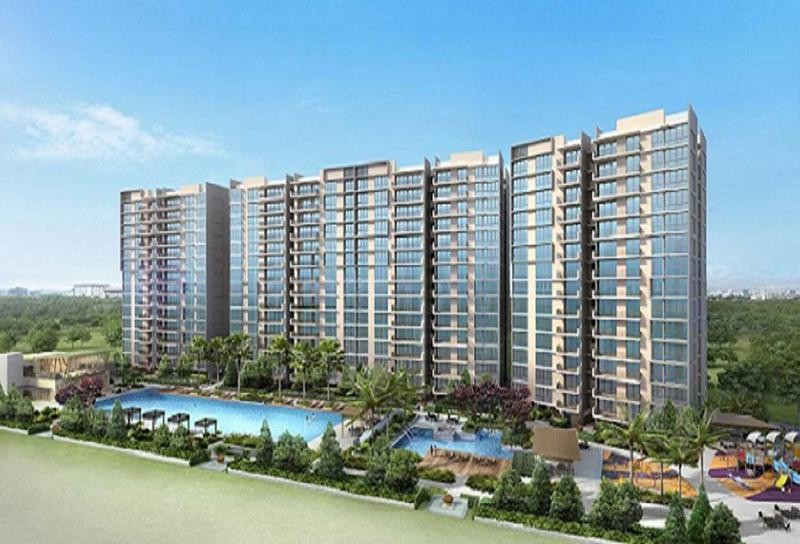 Sales were brisk at the Treasure Crest executive condominium (EC) showflat over the weekend with nearly 72 per cent of the units snapped up.

Developer Sim Lian Group said 362 out of the 504 homes at the project in Anchorvale Crescent found buyers over the two days, with all 56 four-bedroom units selling out. It said in a statement that most of the buyers are living in the north-east region, mainly Punggol, Sengkang and Hougang.

Sim Lian noted that about 62 per cent of the units sold were booked by first-time buyers with the rest bought by HDB upgraders. While the sales figure was healthy, it was still well below the number who expressed interest during a 10-day e-application period that ended on July 10. The project was more than 2.1 times subscribed with 1,077 e-applications lodged.

Treasure Crest comprises 84 three-bedroom units, 364 premium three-bedders and the four-bedders across eight 15-storey towers with flat sizes ranging from 958 to 1,345 sq ft. The project is expected to receive its temporary occupation permit by 2019.

It is Sim Lian's second EC launch this year, following the Wandervale EC, which hit the market in February. The developer said 75 per cent of the 534 units at Wandervale in Choa Chu Kang has been sold.

The three other EC projects launched this year - The Visionaire and Parc Life in Sembawang and Northwave in Woodlands - all have a large number of unsold units. Despite the strong sales at Treasure Crest, analysts expect demand for ECs will continue to hinge on pricing and location.

Savills Singapore research head Alan Cheong noted: "It would be a mistake to look at the sales and say it is a reflection of the market. It is not. EC sales will still be project-specific based on the price and locational attributes."

Century 21 Singapore chief executive Ku Swee Yong said the pricing of Treasure Crest could also weigh on competing projects nearby. "Developers in that vicinity would have to reference this as a new point. Sim Lian's remaining 140 over units, they will still be priced competitively, and if you have unsold stock, there would be some pressure," Mr Ku added.

He cited three EC projects that may be affected: The Vales in Anchorvale Crescent, The Terrace in Edgedale Plains and Waterwoods in Punggol Field Walk.