8 other character-themed cafes to visit in Singapore 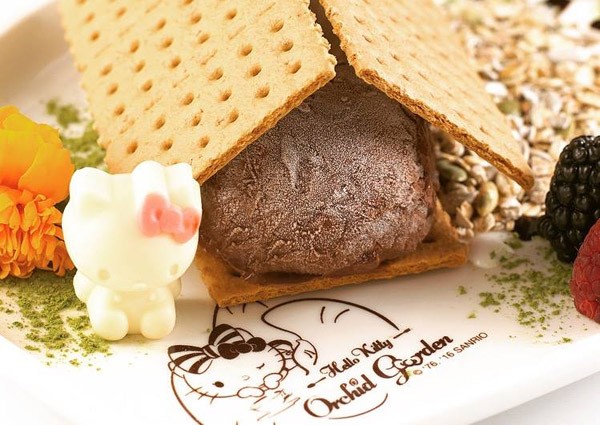 SINGAPORE - Pikachu fans can look forward to a Pokemon-themed cafe to join other character-themed eateries that have sprung up in Singapore in recent years.

To open on May 27, the new cafe is a pop-up that will run until July 31 on the fourth floor of Bugis Junction.

It will serve both Western and Japanese dishes, and you can buy the merchandise and take photos with the Pikachu mascot.

We look at eight other character-themed cafes in Singapore.

The cafe located in the public area of Changi Terminal 3 can accommodate 84 people, with a take-away counter.

Dishes on the menu will be inspired by Singaporean fare, such as wagyu beef rendang and orange sugee cake.

Breakfast options include Eggs Benedict with smoked duck and salmon, with a Hello Kitty twist. Prices of the main course dishes range from $15 to $24.

For those looking for souvenirs from the cafe, there are also Hello Kitty custom-roasted coffee and custom-blended tea.

The cafe is decorated with posters from the DC Comics series, a life-sized figure of Superman breaking through the wall, limited-edition merchandise and a life-sized replica of the Batmobile.

There are four booths themed according to different superheroes: Supergirl, The Flash, Green Lantern and Wonder Woman, with each booth showcasing original artwork by concept artist Stanley Lau.

On the menu are superhero-inspired creations, such as the new Batman's Wagyu Beef Jaw Burger ($31.90), which is based on the newly released Batman v Superman movie.

This signature dish comes with wagyu beef and foie gras butter served in charcoal burger bun with the batman logo.

Prices for burgers and entrees range from about $20 to $40.

The first outlet in Orchard Cineleisure Mall opened in 2011, followed by the OneKM mall in 2015. Both cafes are Halal-certified.

Some signature dishes include the Honey Grilled Chicken ($14) and the Beef Risotto ($14). And for dessert, the chocolate and matcha lava cakes ($7) which come decorated with a drawing of Snoopy, Charlie Brown's pet beagle.

You can buy Peanuts merchandise, including mugs, clothing and plush toys, at the cafes or from the website. (insert hyperlink:http://www.charliebrowncafe.com.sg/)

The cafe is named after the Sanrio character Pompompurin, a golden retriever that has been nominated twice as the most popular character by Strawberry News, a magazine published by Sanrio.

The eatery on the fourth level of Orchard Central just opened on April 18 and is Sanrio's first character-themed cafe in Singapore, after opening in places like Tokyo and Hong Kong.

The cafe has space for 78 diners and serve creatively styled dishes, like the Pompompurin shaped banana and caramel pancakes ($16.99) and the Taco Rice In A Cup of Friendship ($19.99). Main courses are priced between $18 and $27.

Beverages include the hot latte ($12.99), which comes with Pompompurin-shaped marshmallows.

Take a photo with Pompompurin's friends Bagel, Coconut, Mint and Macaroon in the Tomodachi House, which means "Friends House" in Japanese. Each booth fits four people and is themed after one of the four friends.

Every Pompompurin Cafe has a centrepiece of its own that serves as a photo op spot. For the Singapore outlet, there is a decorative tree, which features 3D mascots of Pompompurin and friends.

The greenery as well as the cafe's floor-to-ceiling windows contribute to its "garden city" decor.

Fans can satisfy their craving for all things pop culture at Hungry Heroes, along Tessensohn Road.

The eye-catching DIY Superhero Chandelier hangs from the ceiling and is decorated with superhero action figures.

There are also life-sized superhero statues and head busts of Captain America, Thor and Iron Man.

The walls feature more than 100 superhero and pop culture posters in frames. These include posters of actress Audrey Hepburn and The Beatles.

There is also a faux weapons showcase, inspired by the movie Kick-Ass.

The restaurant serves American-style dishes, like the Bacon Karate Chop with Honey Thyme Gastrique ($20) and the Mother of all Chicken Burgers ($32). Prices for the main courses are from $19 to $30.

Opened in July 2015, the Little Prince Creamery is a heartland cafe at 47 Lorong 6 Toa Payoh inspired by the classic French book The Little Prince, by Antoine de Saint-Exupery.

The walls and floor feature drawings of key characters like the Little Prince and the boa constrictor.

There is also a corner filled with The Little Prince books in different languages including French, Chinese and English.

The cafe serves artisan teas and hand-crafted gelato which pair well with waffles and sandwiches.

There is also a Rose Cafe Latte ($5) based on the Little Prince's beloved rose in the book.

The brain child of Member of Parliament Denise Phua and her husband Roland Tay, Professor Brawn Cafe was sparked off by the couple's son, Jun-Yi.

Mr Tay used to be a senior vice-president at ST Telemedia before opening the cafe in October 2009.

He decided on the name of the cafe after he saw his then 12-year-old son Jun-Yi's drawing of a scholarly superhero, Professor Brawn.

Jun-Yi, who is autistic, described the superhero as "strong, smart and kind", and Mr Tay wanted the cafe to embody these characteristics.

He hires teenagers with autism at the two outlets at Boat Quay and Novena, and gives them a chance to experience being in the working world.

Each section of the menu has an academic theme, such as calling the salmon dish a "main module".

The cafe is decorated with miniature lamp posts and a telephone booth, which are featured in the Mr Bean episodes.

Episodes of the Mr Bean show are also screened in the cafe.

The Plaza Singapura outlet is currently under renovations and the Marina Square one is revamping its menu, which had included dishes like the Old Fashioned Mini Waffles ($4.80) and the Red Velvet Royal Cake ($7.80).

This article was first published on April 28, 2016.
Get a copy of The Straits Times or go to straitstimes.com for more stories.