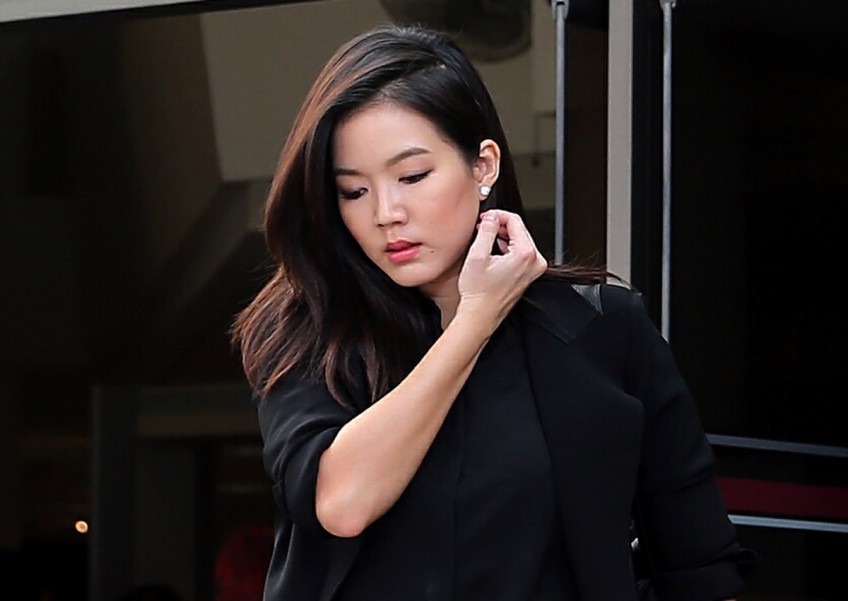 The 35-year-old had failed to control her black BMW, which mounted a kerb before knocking into a stationary motorcycle in a car park at Block 331, Clementi Avenue 2 on April 12.

According to Channel NewsAsia, the prosecution had sought a fine of between $600 and $800, as well as disqualification from driving for three to four months.

An individual found guilty of driving without due care and attention may be jailed for up to six months and/or fined up to $1,000.

The incident made headlines when Lianhe Wanbao reported that she allegedly asked Mr Bahrom Sarmiten, the owner of the motorcycle, "Do you know who I am?" when he confronted her.

He claimed that she attempted to drive away instead of stopping after crashing into his vehicle, and also alleged that she smelled of alcohol.

The Straits Times reported that the actress took a breathalyser test before she was taken away for police investigations.