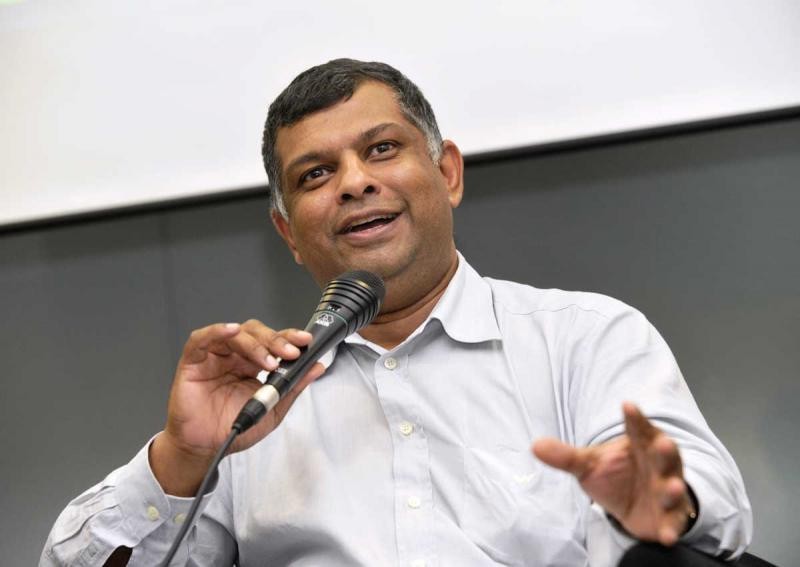 This is a major development for the airline betting on burgeoning demand for travel in Asia to fuel its growth over the decade.

AirAsia was also in the spotlight after being named the world's and Asia's "Best Low-Cost Airline" for the eighth year running at the Skytrax World Airline Awards in London yesterday.

"AirAsia was the belle of the ball...RM61bil in two days. (I feel) very good," said Fernandes in an SMS to StarBiz.

The deals totalled RM61bil based on catalogue prices, but AirAsia would only pay a fraction of the cost, given that it is a long-term customer of Airbus and CFM, and knowing Fernandes and his shrewd negotiation skills, he would have hammered out a deal that favoured him, even more so as the airplane makers have been experiencing a slowdown in orders.

This is perhaps the biggest deal signed by him in two days since he and his partner Datuk Kamarudin Meranun bought over AirAsia in late 2001 for RM1 and took on its RM40mil debt.

"For me and Din (Kamarudin), from such humble beginnings, it is a dream. But a dream to hopefully spur many Malaysians to dream. AirAsia has continued to prove sceptics wrong and find demand and profits when others have failed," Fernandes said.

Brendan Sobie, an analyst at the Capa Centre for Aviation, was quoted in a report as saying that Fernandes has accomplished in Asia what Ryanair Holdings did in Europe and Southwest Airlines achieved in North America. Ryanair and Southwest are low-cost airlines.

With the new order, the total number of aircraft on order by the AirAsia group stands at 480, while over 170 aircraft are now being used by the group for its operations in Malaysia, Thailand, Indonesia, the Philippines and India.

"The A321 plane is an exciting step forward like the move from the B737 aircraft (that AirAsia used in its early days) to the A320s," Fernandes said.

AirAsia will be allocating some of the new orders to its leasing business, which may see part of its equity being sold to foreign parties.

Fernandes had not spelt out how he would fund the aircraft purchases, but typically, it would be via an aircraft funding scheme which could spread over some years nearing its delivery dates.

With the new aircraft, he believed AirAsia "will hit 100 million passengers in the not-too-distant future".

Last year, AirAsia carried 50.7 million passengers, which was an 11% increase from a year earlier.

"We have one last battle to prove to airports that low-cost airlines grow with low costs. And overall, they make huge profits from us. That crusade has started with a good meeting with Datuk Badlisham Ghazali over the last few weeks," Fernandes said.

Fernandes had been upset by Malaysia Airports Holdings Bhd (MAHB) managing director Badlisham's comments in an article saying that MAHB had invested RM4bil in KL International Airport 2, but that there had been no corresponding increase in the passenger service charge.