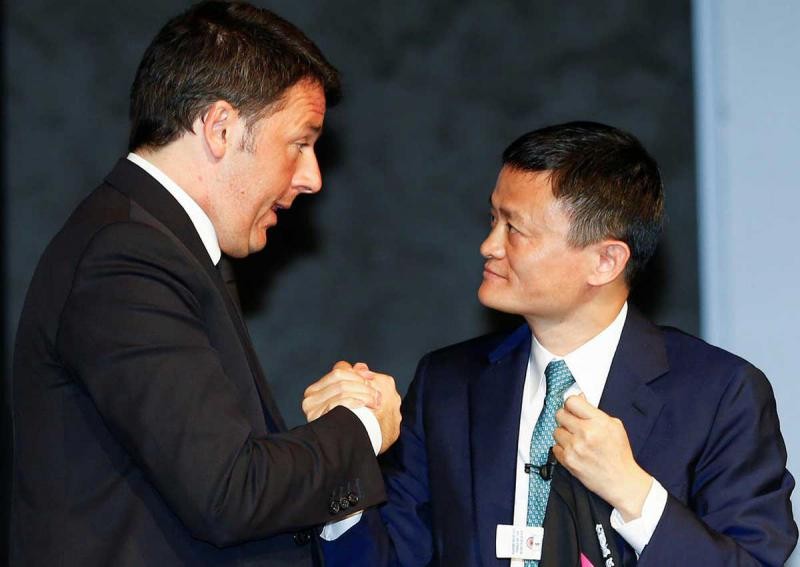 Company supremo Jack Ma was recently in Italy and was wined and dined by Prime Minister Matteo Renzi at the VinItaly trade fair, where the Italian leader notably observed "the future of Italy and Alibaba are intimately entwined." Ma is already the joint owner of Chinese club Guangzhou and, with an estimated personal fortune of US$29 billion (S$39 billion), would have no difficulty financing a deal.

Media tycoon Berlusconi turns 80 later this year and has been looking to offload a stake in the club he has owned since 1986 since early 2014, shortly after his definitive conviction for tax fraud.

He had priced the seven-times European champions at around one billion euros (S$1.52 billion).

But negotiations aimed at selling a minority stake to a consortium led by Thai businessman Bee Taechaubol on the basis of that valuation appear to have broken down, leaving the field clear for the Chinese.

According to Wednesday's reports, the would-be bidders are offering 400 million euros (around $450 million) for a 70 per cent stake and Berlusconi's holding company Fininvest is taking it seriously.

A general meeting of shareholders is scheduled for Thursday afternoon and Berlusconi is expected to give them an indication of his intentions.

With Milan having missed out again on Champions League football for next season, there is mounting speculation that Berlusconi is preparing to cut his losses.

The club is estimated to have lost 91 million euros in the 2014-15 season and has reported debts of around 250 million.

Five of Milan's triumphs in club football's biggest competition have come since Berlusconi took over and he will be forever associated with the glory years of the late 1980s and early 1990s.

But his financial commitment to the club has waned in recent years as his legal problems have mounted: the tax fraud conviction was followed by one for bribery and acquittal on charges of knowingly having sex with a minor at his infamous "bunga bunga" parties.

As a result, Milan have become a selling club and the impact has been felt on the pitch with the one-time giants finishing respectively ninth and eighth in Serie A in the last two seasons.

They currently stand sixth in the Italian top flight, in danger of missing out on European football altogether next season.

American sports dealmaker Salvatore Galatioto told Gazzetta dello Sport earlier this month that he was acting on behalf of both Milan and a "very ambitious" Chinese group with a view to tying down an accord.

"I would say that if things go to plan, the deal could be concluded in six to eight weeks," he said, adding that the investors were attracted by the value and potential of the AC Milan brand.

Internet entrepeneur Robin Li and industrialist He Xiangjian - like Ma among the richest men in China - have also been named in the Italian press as possible members of the consortium but there has been no comment from any of their respective representatives.