All the lessons learned from this year's World Cup 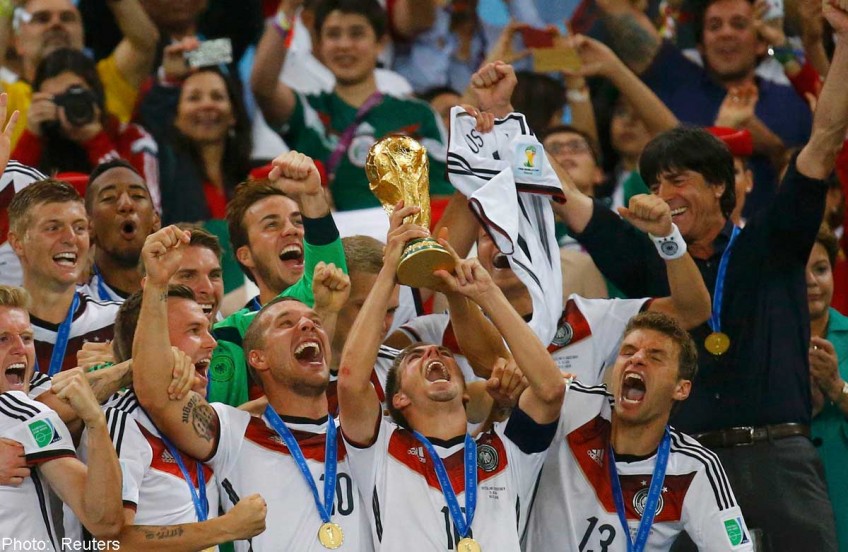 FIFA World Cup 2014 brought joy to football lovers across the world and sadness to losers, especially those in the host country, Brazil. It also brought with it lessons on how to truly enjoy a sporting event.

Going through blogs dedicated to FIFA World Cup 2014, I must say that the one on World Economic Forum's website won much of my attention. Before each match, the blog would carry a comparison between the two competing countries in four key metrics: gender equality, technological readiness, trade openness and competitiveness.

Every time Germany played, it scored a higher percentage compared to its opponent. In the final game against Argentina, it scored 76 per cent in terms of gender equality against 72. A sharp difference was seen in the other three areas: 79 against 50; 73 against 53; and 79 against 54. WEF's prediction for the final game was 4:0 to Germany.

WEF's previous prediction of Brazil losing 4-0 to the Netherlands was also quite close to the actual score of 3-0. While close in terms of gender equality, Brazil appears to be lagging behind the Netherlands in the other three areas: 57 against 83; 54 against 76; and 61 against 77.

However, WEF's predictions were not always correct. No matter how badly it wanted Bosnia to win against Argentina, the team actually lost. Though the United States obviously beat Ghana both on the field and in the WEF forecast, it got beaten by Belgium even though it scored higher than the WEF percentages.

WEF's mock-ups indicated something - sports results do not always correspond to the performance of an economy.

A successful economy may not always be successful in sports, if several factors such as nationalism and the size of the population are taken into account. Of course, a successful economy tends to spend more money and is more sustainable in sports - which is considered an integral part of the economy's condition. Athletes in a successful economy tend to have better insurance packages compared to those in emerging countries. Sports equipment tends to be better, as research and development is encouraged. This possibly explains why Germany - Europe's largest economy - has managed to be one of the top five teams in previous World Cup events.

Then there are lessons to be learned about sponsorship deals. How can a sponsor of major events like the World Cup turn it into an opportunity?

We have to wait and see how Bridgestone, the world's largest tyre maker, will recoup the US$344 million it plans to spend on Olympics 2020.

For the 2014 World Cup, sponsor Coca-Cola launched a huge global-marketing campaign. It released 32 versions of the anthem "The World is Ours", by tailoring it to different countries. According to AdAge, Coca-Cola was one of the eight advertisers who collectively spent $600 million on Brazilian TV ads during the tournament.

The song, however, failed to gain much attention in Thailand, even though the commercial was broadcast regularly. What was successful instead was the launch of limited-edition Coca-Cola aluminium bottles. It managed to win a quota of 400,000 bottles for the Thai market and though each bottle went for 99 baht each, they appeared to be a huge hit. Needless to say, they will become priceless in the future.

The last lesson to be learnt was the host country's preparation.

The World Cup's kick-off in Brazil was mired in bad news. Protests were rampant, as many locals were upset about the huge amounts of money spent for the event. Brazil apparently spent $14 billion, estimated to be the highest in World Cup history. Before that came the news about how expensive things would be for visitors - like a simple hamburger was expected to cost $17 - not to mention fears of being kidnapped. This possibly explains why more than 25,000 security personnel stood guard for the final match on Sunday.

For the amount of money it spent, Brazil stands to win a share of broadcasting fees from FIFA, which accounts for a big chunk of money that the football association generated. Forbes magazine estimates the revenue at $4 billion, though it will take a while for Brazil to announce how much it earned from tourism etc.

I can't imagine what would happen if Thailand won the rights to host the 2020 World Expo. Will there be protests against the cost, which is estimated at about $3 billion? Since the political situation is perceived as normal, security may not be a headache and Thailand should win more tourists. Last year, Thailand earned more than $34 billion from 26 million foreign arrivals. Will this rise?

When China hosted the 2010 World Expo, it said more than 70 million people visited the expo venue in Shanghai.

Meanwhile, Russian leader Vladimir Putin announced last week that his country would be spending close to $14 billion to host the 2018 World Cup. Obviously, the Ukraine crisis is not expected to affect it.

And if Russia does manage to hold the games, more than half of humanity would be glued to their television sets watching, just like they were this year.