Amazon's Jeff Bezos bets on India with $4b investment 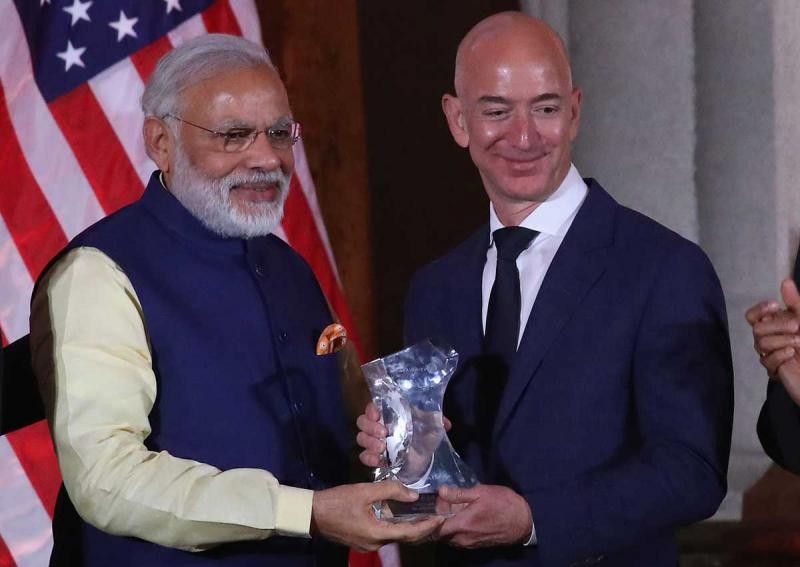 NEW DELHI - Amazon chief executive Jeff Bezos has pledged to invest US$3 billion (S$4 billion) in India, in a big bet on the growth of online shopping in the fast-growing South Asian economy.

The investment, announced Tuesday, comes on top of US$2 billion Amazon invested in India in 2014, and will boost Modi's campaign to attract foreign cash to create much-needed jobs.

"We have already created some 45,000 jobs in India and continue to see huge potential in the Indian economy," Bezos said at the US-India Business Council meeting, according to a statement from the group.

"Our Amazon.in team is surpassing even our most ambitious planned milestones," he said.

Amazon has made steady inroads in India since entering the cut-throat, rapidly growing e-commerce market in 2013.

But it faces stiff competition from local rivals Snapdeal and Flipkart, which have attracted billions of dollars in overseas investment.

E-retailers in India, including Amazon, typically adopt a "marketplace" structure, acting as technological platforms that connect buyers and sellers rather than stocking their own products.

The government in March set new rules for foreign investment in online marketplaces, including allowing up to 100 per cent foreign ownership.

India's e-commerce market was worth about US$23 billion in 2015, according to business body Assocham.