Ancient tourist attractions that are out of this world 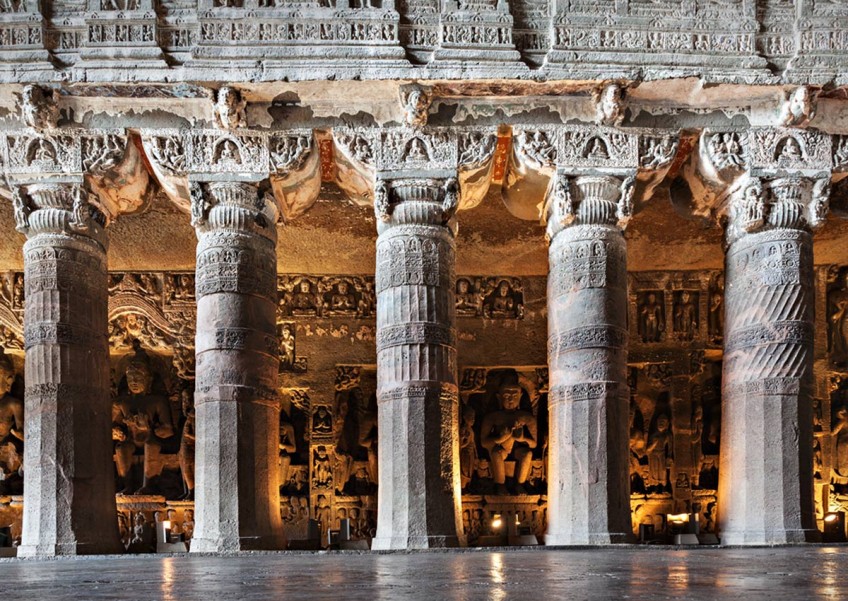 Beautifully preserved and gracefully aged - some of the world's most ancient sites can leave you stunned when you visit them.

When you visit the Ajanta Caves in Maharashtra, India, you might think you've stumbled onto a Hollywood movie set with its rock-cut caves and larger-than-life Buddhist sculpture.

Dating as early as second century BC, Thrillist.com listed this site as one of the 12 most awe-inspiring places open for the public to visit.

Tourists can marvel at the intricate designs in the 30 cave monuments, which were most likely hand-chiselled by monks over several centuries, according to Thrillist.com.

Another great way to experience an age-old historic attraction? How about hopping on a hot-air balloon so you can enjoy a bird's eye view of the entire site.

You can do so when you visit Bagan - a centuries-old city located in the Mandalay Region of Myanmar.

One of the biggest draws to the country, Thrillist.com said the former capital is a must-visit attraction to include in your itinerary.

The ancient empire has been transformed into a lush valley filled with thousands of pagodas and Buddhist temples, according to Thrillist.com.

With sculptures and architecture dating back to the 11th century, a hot air balloon ride will allow you to appreciate all the different styles as you fly over them.

Pompeii in Campania, Italy, has been immortalised in Hollywood films and art many times, and if you visited the place, it is no wonder why this attraction keeps people fascinated.

A breathtaking ruin, Pompeii was buried under 24 metres of ash, dust and soot after the eruption of Mount Vesuvius in 79 AD, according to history records.

Now, tourists can walk through the preserved streets, shops, houses, amphitheatre and even gymnasium - like a history textbook coming to life.