Another berth for S'pore 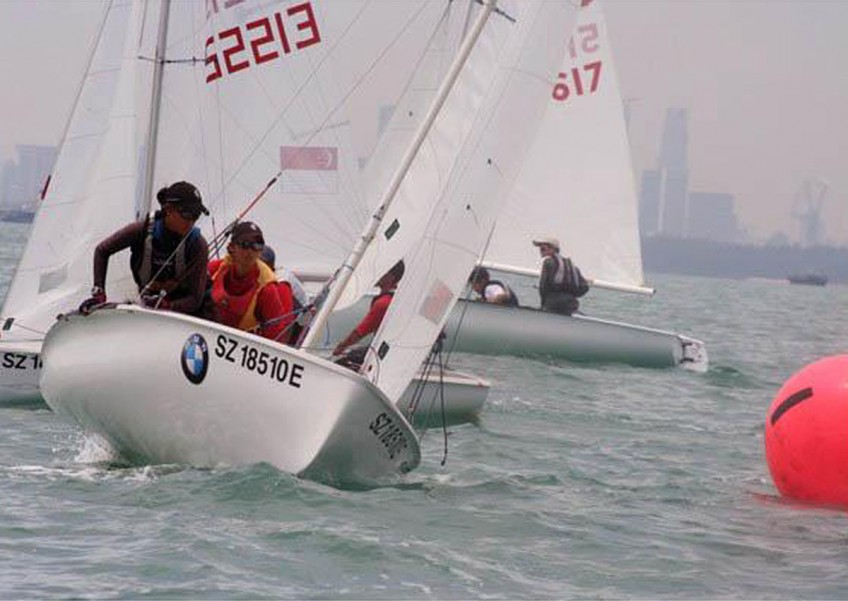 One would normally find little reason to celebrate after finishing 13th in a 16-boat sailing regatta.

With 76 points from eight races, the duo clinched the Republic a spot in the event at the Rio Olympics next year.

They were level on points with Malaysia's Nuraisyah Jamil and Norashikin Mohd Sayed, but sealed the Olympic berth by virtue of having more eighth-placed finishes - three, compared to the Malaysians' one.

Low, 26, said: "It wasn't an easy regatta and we just wanted to sail our best going into the final races today.

"Though we were ahead at certain points, we didn't manage to defend our position in the tricky and unpredictable conditions."

The Singaporeans finished last in their final race, but the result did not count towards their tally as each pair were allowed to discard one result.

The Malaysians put in a protest at the end of the day, but it was dismissed by the jury.

Lee, 21, said: "We're very, very happy at the moment and we're so relieved. We've qualified the country (for the Olympics)."

The regatta in China serves as an Asian qualifier for the Rio Olympics in the Finn, 470 and Nacra 17 classes, with each country limited to one boat per event in Rio next year.

China and Japan secured their spots in the women's 470 event in earlier regattas, which meant the berth in the Qingdao competition went to the next-highest nation - Singapore.

The Republic could well secure another Olympic spot today in the new Nacra 17 mixed, a multi-hull event.

Justin Liu and Denise Lim have won nine of 12 races so far, and are going into today's medal race as the top pair in the 10-boat field.

Should they win, they will join Colin Cheng (Laser), Elizabeth Yin (Laser Radial female) and Low and Lee as Rio Olympic hopefuls.

But the final entrants in each event will be determined in Singapore Sailing's internal trials later on, which means the qualified sailors are not assured of competing in Brazil next year.

Low said: "We formed our partnership only nine months ago, we still need to get more used to the boat and each other.

"Also, given our lack of experience in the 470 class, we want to take part in more major regattas.

"We plan on sitting down next week to plan a full programme for our Olympic campaign."

This article was first published on Sept 20, 2015.
Get The New Paper for more stories.