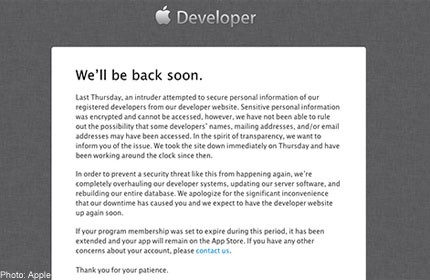 Although Apple said that the website affected was not associated with any sensitive customer information, it did not rule out the possibility that developers' names, mailing addresses and email addresses could have been compromised.

To prevent such an occurrence from happening again, Apple is overhauling its developer systems, updating its server software and rebuilding its entire database.