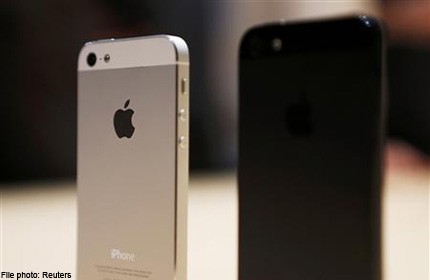 NEW YORK CITY - Apple has asked its Taiwan-based supplier to begin shipping two new versions of the iPhone next month, including a lower-cost model, the Wall Street Journal reported Monday.

The Journal, citing unnamed sources, said Taiwan-based Hon Hai Precision, the parent company of Foxconn in China, was readying both a standard iPhone with new upgrades and a less expensive model with fewer features.

Last week, the news site AllThingsD, part of the same company as The Journal, said Apple had scheduled a September 10 event to unveil the new smartphones as part of an effort to regain momentum.

Apple's move comes with its chief rival Samsung reportedly set to unveil its own smartphones and other devices, including a smartwatch.

Speculation has centred around whether Apple will shift its strategy to include a lower-cost handset to appeal to more consumers, especially in emerging markets.

A survey released by Gartner last week said Apple's share of the smartphone market worldwide fell to 14.2 per cent in the second quarter, while Samsung's share rose to 31.7 per cent.

Gartner said the Google Android operating system was used on 79 per cent of smartphones sold in the period.