Apps aim to help people get fit and stay fit 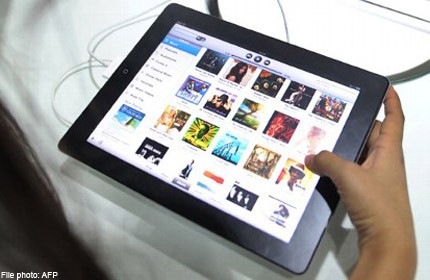 TORONTO - There's no shortage of health and fitness apps monitoring everything from sleep patterns to calories and caffeine consumption.

Free apps such as MyFitnessPal track diet and weight and can connect with apps like RunKeeper, which monitors fitness, to adjust calorie intake based on the speed and duration of a run.

Sleep 101, for the iPhone, and Sleep Bot, for Android devices, monitor sleep patterns and quality.

Now there's Argus, a free app for iPhones released last week. It combines multiple factors to take detailed snapshots of sleep, diet, activity and vital signs such as heart rate. It also shows how each factor relates to the others.

"People are getting more health conscious and lifestyle diseases are an increasingly large problem, especially in the last two decades," said Peter Kuhar the chief technology officer of Palo Alto-based Azumio, the company that developed the app.

"This is where mobile technologies can help to guide you to a healthier lifestyle and with that help reduce the risk," he said.

Using built-in sensors, Argus can determine whether a person is walking or running. It also pairs with the company's Sleep Time app to track sleep patterns. Heart rate is measured when a finger is placed on the device's camera.

"The importance of tracking the data is that we can increase users' awareness of their health-affecting habits and help steer them on the right path," said Kuhar, adding that the app is also useful for observing trends over time.

By correlating the data the app can show, for example, how water consumption affects sleep and how caffeine impacts heart rate.

Other apps connect with wristbands to track activity, sleep and diet. They include the Jawbone UP, for iPhone and Android, and Fitbit and Larklife, both for iPhone. The wristbands cost between $60 and $150.

Kuhar said apps that connect to devices such as wristbands may be more accurate because they are worn on the body.

MyFitnessPal also integrates with Withings, a WiFi-enabled scale; Runtastic, a fitness tracking app; and Fitbit, a wearable wristband that tracks sleep and activity for automatic logging of weight, sleep and activities.

Last month the company MyFitnessPal teamed up with RunKeeper, the iPhone and Android app that tracks running speed and duration.

"When we started MyFitnessPal we tackled nutrition first, and as we've grown, we've set our sights on other pillars that are crucial to health and wellness," said Mike Lee, co-founder of San Francisco-based MyFitnessPal.

"Diet is one piece of the puzzle but by tracking diet and exercise alongside each other, we're able to give a more complete view of a person's health," he added.