Are you really paying for extra-virgin olive oil? Here are 7 things to look out for 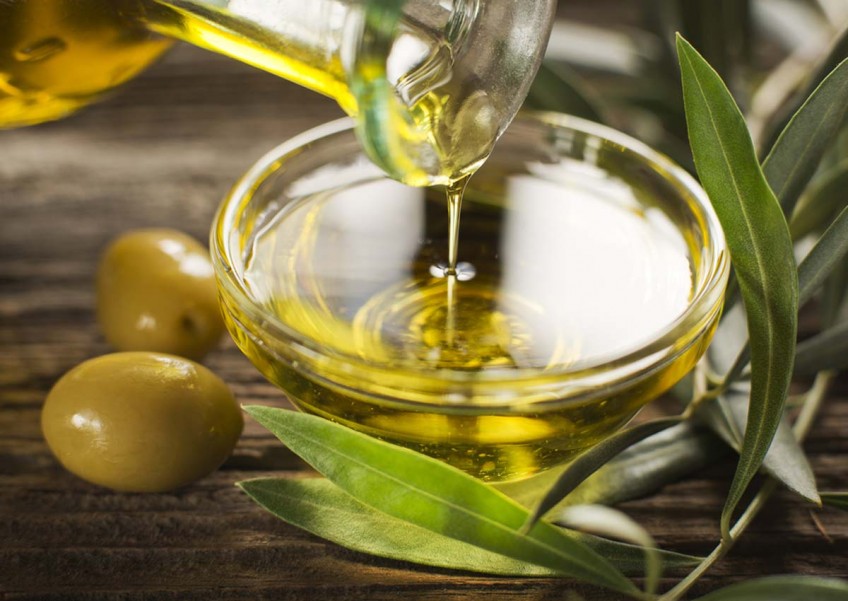 SINGAPORE - Olive oil is one of Italy's best known products, but seven Italian olive oil brands are being investigated for fraud.

With the hullabaloo surrounding these well-known olive oil brands, here are seven things to know about this liquid green-gold.

What is extra-virgin olive oil?

Extra-virgin refers to the purest form of olive oil. In many instances, there will be terms such as "first press", "first cold press" and "cold-pressed" on bottle labels.

Extra-virgin is the name given to olive oil that is extracted from olives during the first round of extraction.

In the past, the term "cold-pressed" referred to the pressing or milling of olives without any form of heat. But these days, olive oil is extracted by using a centrifuge and as long as temperatures stay below 27 deg C, it is considered "cold-pressed".

Heating, which increases yields while extraction, can affect the flavour of the oil.

Do the different types of olive oil taste different?

Extra-virgin olive oil is best used in salads, drizzled atop dishes, or as a dipping oil, because of its intense flavour.

Virgin olive oil, which is of lower grade and extracted from the second round onwards, has a slightly less intense flavour.

Light olive oil is lighter in taste and also has a higher smoking point, which makes it more ideal for cooking.

What is a good quality extra-virgin olive oil?

So what if there is a "made in Italy" or "made in Portugal" label?

Being stamped with a certain country of origin is not a good indicator of whether an olive oil is of good quality.

Quality is dependent on the variety of olives used to make the oil, whether only one type of olive is used, the region and estate where the olives were grown, the terroir and climate.

Generally, good olive oil is made with one type of olive from a single region.

Regions known for producing top extra-virgin olive oil include Andalucia in Spain, and Tuscany and Sicily in Italy.

Lower quality olive oil can include oil made from different types of olives from various regions in the same country, which can mar the flavour.

In some cases, olives can be shipped in from another country, then pressed and bottled in a different country. It can be confusing because it is the location where the oil is bottled that legitimises its place-of-origin sticker.

What are some characteristics of extra-virgin olive oil?

Depending on the variety and region, on the nose, extra-virgin olive oils can be peppery, fruity, herbaceous, or have aromas of vegetables such as artichoke and green tomatoes. The oil will have an olive fragrance.

On the palate, extra-virgin olive oils can be described as crisp, bright, soft, elegant, robust but subtly bitter and yet unobtrusive. They are low in acidity and can sometimes also be described as full-bodied in flavour.

True of false: The greener the extra-virgin olive oil, the better?

When it comes to olive oil, colour is not a good indication of quality. Although the green-gold hue is often associated with good extra-virgin olive oil, not all that is green-gold is good.

Some producers knowingly add olive leaves while pressing olives, so that the oil that is extracted will have a more greenish tinge.

Can you tell if it is the real deal just by looking at the bottle?

Although some olive oils state that they are extra-virgin, they may well be tainted with chemicals and colouring, or mixed with other oils or lower-grade olive oil.

Colour is not a good indication. Moreover, it is unlikely that you will be able to see the oil's colour as most good extra-virgin olive oils come in tinted bottles.

Tinted bottles, as in the case for most wines, are important for olive oil, because sunlight and heat can change the properties of the oil, and may cause it to become rancid.

But, as a general guideline, the fresher the olive oil,the better. So be sure to look out for the harvest date. The closer the harvest date to the time of purchase, the better. To keep your oil fresh, it is probably better to buy smaller bottles of olive oil, use it quickly, and buy the next bottle only when you have finished the first.

There are many varieties of olives, and countries that grow them and produce oil include Spain, Italy, Portugal, Greece and other countries in the Mediterranean; Israel, Lebanon, and other parts of the Middle East; northern African countries; California in the United States; as well as Argentina and Australia.

This article was first published on Nov 30, 2015.
Get a copy of The Straits Times or go to straitstimes.com for more stories.