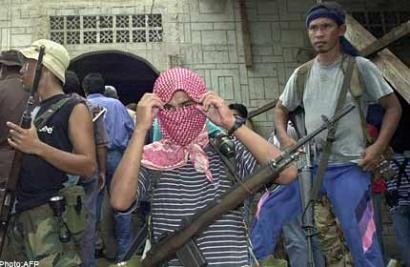 MANILA - The United States warned its citizens Thursday of a "series of credible security threats" in the restive southern region of the Philippines, where a Muslim insurgency has raged for decades.

The warning came on the eve of a planned visit to Manila by US Secretary of State John Kerry, although embassy officials declined to comment on whether the warning would affect the trip.

Kerry is not scheduled to visit the areas mentioned in the warning, according to his official schedule released by the Philippine foreign department.

"Individuals associated with known extremist and insurgent groups are believed to have been conducting surveillance on a number of public locations in these areas, as possible targets of interest," the US embassy in Manila said in an emergency message.

It added: "Extremists may elect to use conventional or non-conventional weapons, and target both official and private interests."

As a result, the embassy said it was restricting travel by US government staff to certain parts of the southern region of Mindanao.

The embassy warning named Davao, Mindanao's largest city, and four Mindanao provinces, including areas not known as hotbeds of insurgency.

Tens of thousands of Americans live in the Philippines, a former US colony, including some who stay in parts of Mindanao that are not usually affected by insurgencies.

Muslim rebels waging a decades-long rebellion as well as other armed gangs are known to operate in some parts of the south, where bombings have been ever-present dangers.

The US embassy on July 5 also issued an alert for non-specific threats against Americans, and warned them of violence linked to terrorism and insurgency, but cited no specific threats or plans.

Three weeks later a powerful bomb ripped through a bistro packed with doctors and pharmaceutical executives attending a convention in the Mindanao port city of Cagayan de Oro, killing six and wounding 48 others.

Muslim rebels have been waging a rebellion in the south since the early 1970s, and at least 150,000 people have died in the conflict.

A Muslim rebel group opposed to peace talks between the government and another faction laid siege to the Mindanao port city of Zamboanga last month.

The fighting lasted three weeks and left 189 rebels, 23 security forces and 12 civilians dead. More than 100,000 people remain in evacuation camps in Zamboanga as a result of the fighting.