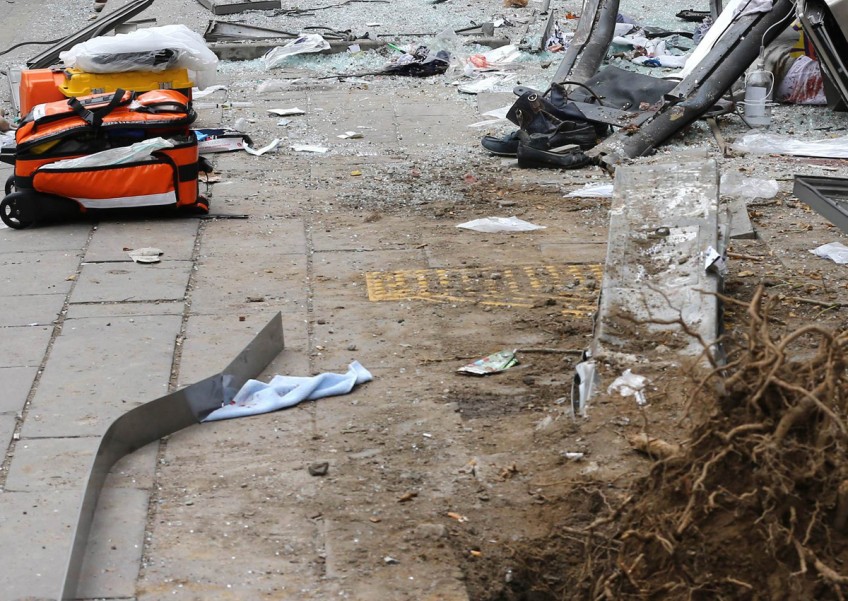 TAIPEI, Taiwan - Twelve people were reportedly injured when a south-bound Kuo-Kuang Bus broke down and was crashed into by an oncoming tractor on Freeway No. 1, near Miaoli County's Sanyi Township, around 9 p.m. last night.

The driver of the bus and one passenger were trapped under the bus and were seriously injured, while another 10 passengers were reportedly injured less seriously, said the Miaoli County Fire Bureau.

When it received the report, the bureau deployed multiple rescue teams and 10 ambulances to the site, said officials.

When the rescue team arrived at the site, the bus was found on the side of the freeway, with its windshield shattered.

Police have not yet confirmed the cause of the accident and the number of injuries as of press time.