Jakarta is home to the highest number of drug abusers of any city in the country, an official has said.

Jakarta Police narcotics unit head Sr. Comr. Nico Afinta said that based on data from the National Narcotics Agency, there were around five million drugs users nationwide, with many living in the capital.

"There are up to five million drug users in the country. Around 1.2 million of them are in Jakarta," Nico said at the Jakarta Police headquarters on Monday as quoted by kompas.com.

He said that in line with the rampant circulation of drugs in the country, the number of drug abusers had continued to increase, adding that those between 25 and 30 years of age were the most prone to fall victim.

Last week, the Jakarta Police shot dead a Chinese national, who allegedly smuggled a ton of crystal methamphetamine from China. 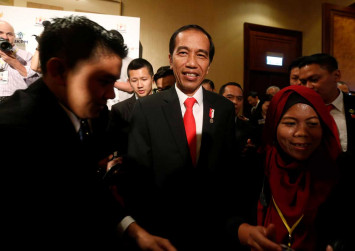 President Joko "Jokowi" Widodo has instructed law enforcement officers to take a stern stance against drug dealers operating in Indonesia, including gunning them down if necessary.

Another narrative, however, sparked nationwide concern last year, when Commission for Missing Persons and Victims of Violence (Kontras) coordinator Haris Azhar conveyed information about the alleged involvement of police officials in the network of executed drug lord Freddy Budiman.

Haris said the police had partly contributed to the distribution of drugs in the country.