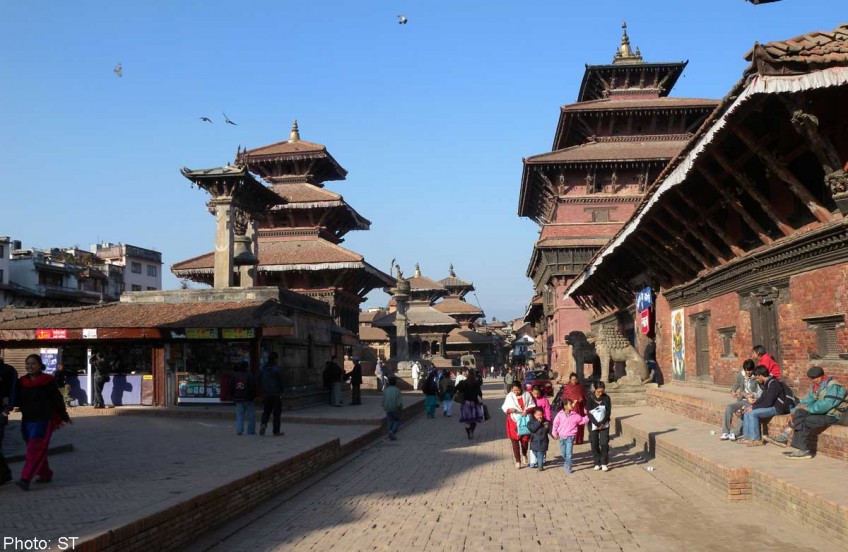 KATHMANDU - Authorities have rescued 16 children from a Capital-based children's shelter where they had been living in a horrible condition.

A team from the Central Child Welfare Board (CCWB) raided the Gaushala-based Hamro Ghar on Tuesday and rescued eight male and eight female children.

Officials said the children had been living in squalor with poor standard of hygiene.

"The three rooms where the children had been put up lacked proper beddings and the food in the kitchen were expired. Even more shocking was the fact that there were no responsible persons to look after the children at night," said Tarak Dhital, executive director of CCWB.

Rs 90,000 (S$1900)  per month to rent two houses to keep the children, Dhital said the children shared three rooms while the rest of the rooms were apparently sublet as storerooms for various goods and machines.

Deputy Chief of Kathmandu District Administration Office Surendra Poudel, who was part of the raid team, said the shelter had complied to none of the standards that are expected of a proper children's centre.

He said the owner of the shelter, Sharmila Mainali, has been living in Dubai.

that 19 of the 53 children registered with Aama Ghar were missing.

In another case that same year, a team from the Central Investigation Bureau of Nepal Police had arrested Bishwo Prasad Acharya, the operator of Happy Home, for running the children's shelter without permission.

Police also found that seven of the 85 children registered with the shelter were missing. Acharya was later booked for child trafficking charges.

The two accused-Rabin Shrestha and Rabin Chalise-were sentenced to sixteen and a half years in jail by the Kathmandu District Court in December 2014.