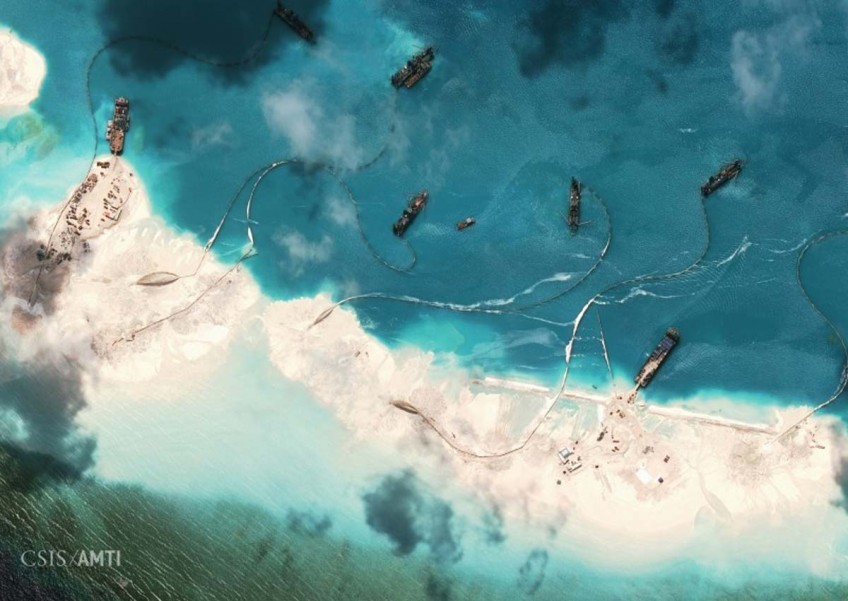 INFANTA, Philippines - Sixteen fishermen from this western Pangasinan town on Tuesday appealed to the United Nations to ask China to respect their rights over their traditional fishing grounds in the Scarborough Shoal in the West Philippine Sea.

In a 26-page petition e-mailed to the UN High Commissioner for Human Rights and to the UN special rapporteurs on the right to food and on the negative impact of the unilateral coercive measures on the enjoyment of human rights, the fishermen said that China must respect their right to livelihood, adequate food and life.

They were represented by lawyers Harry Roque Jr. and Gilbert Andres of the Center for International Law Inc., a non-government organisation.

Roque said that since April 2012 the fishermen have been experiencing harassment from the Chinese Coast Guard and other Chinese maritime agencies.

The Scarborough Shoal, also called Panatag Shoal or Bajo de Masinloc, is a triangular chain of reefs and rocks surrounding a lagoon. It has a perimeter of 46 kilometers and an area of 150 square kilometers, making it a rich fishing ground.

The shoal is 240 km from the coastline of Zambales and western Pangasinan and is within the 370-km exclusive economic zone of the Philippines.

Roque cited an incident involving Poloso, a resident of the fishing village of Cato here, whose fishing boat, "Ruvina," was rammed three times by a Chinese vessel while fishing with his eight crew members at the shoal in March.

"After the Ruvina was rammed, Chinese Coast Guard rubber boats sped toward [Poloso's fishing boat]. Each rubber boat had 10 personnel on board, some of whom were armed with automatic rifles," Roque said.

He said Poloso and his crew were also driven out of the shoal by Chinese Coast Guard personnel using water cannons on three occasions when they went there to fish from January to February this year.

-With a report from Justine Dizon, Inquirer Central Luzon