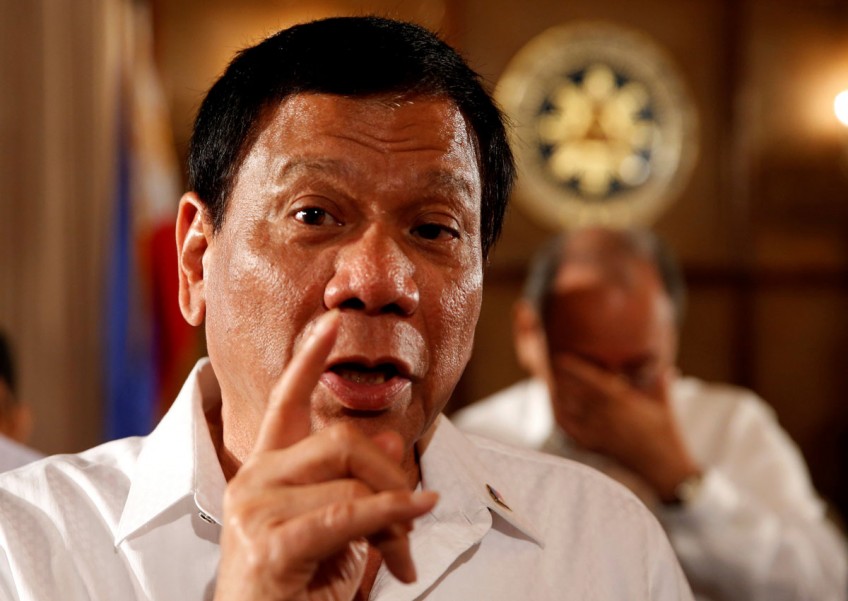 A former soldier turned lawmaker on Thursday filed an impeachment complaint against President Rodrigo Duterte, the first move to oust the Chief Executive just a few months after his election into office.

Magdalo Rep. Gary Alejano filed the impeachment complaint before the Secretary General of the House of Representatives, who would determine if the form and substance of the complaint is sufficient to have the President impeached.

Among the basis of impeachment are culpable violation of the Constitution, bribery, betrayal of public trust, graft and corruption, and other high crimes.

It remains to be seen if the impeachment complaint would survive the lower house dominated by a supermajority of allies of the administration.

In a press conference, Alejano said Duterte should be impeached for bribing the vigilante squad Davao Death Squad to kill drug pushers and users when he was Davao city mayor and at the height of his administration's war on drugs.

(The biggest reason here is the state policy of killing drug offenders, the killing of Filipinos without going through the democratic process that is currently in place.)

Duterte, he said, should also be impeached for graft and corruption for alleged ghost employees when he was Davao city mayor, and a P2.2 billion (S$61.8 million) alleged hidden wealth in his bank transactions which was not declared in his Statement of Assets and Liabilities Networth (SALN).

(For graft and corruption, included here are his bank accounts. In total, he has P2.2 billion which he did not declare in his SALN.)

Alejano filed the impeachment complaint as he earlier denounced the entry of Chinese ships in Benham Rise, a 13 million-hectare mineral-rich undersea region east of Luzon, urging Duterte to fight for our country's territorial rights instead of making sweet deals with China.

Alejano said Magdalo will study the possibility of filing a supplemental impeachment complaint over Duterte's sweet deals with China.

In a press briefing at the House of Representatives on Tuesday, Alejano scored Duterte for selling out the country's territory while making sweet deals with China in exchange for foreign investments and loans.

(The President should be transparent about this because it seems he is trading our territory for money.)

The lawmaker then said Duterte may be liable for treason, an impeachable offence, if the administration does not defend its sovereignty over the Benham Rise.

(Treason is a basis for impeachment. We should protect our territories. If the President is the one violating that, he should be accountable.)

Alejano denounced the entry of Chinese ships in the Benham Rise, a biodiversity hotspot, even though this was not part of China's nine-dash line which an arbitration court earlier ruled as invalid.

China has said the Philippines could not claim Benham Rise as its own territory and that the passage of the Chinese survey ships supposedly to look for submarine stations was an innocent passage" supported by international law.

Duterte took a soft stance on the issue, adding that the Philippines should not fight China about sovereignty or ownership over the Benham Rise especially because the Philippines could not match China's might.

"Why would I pick a fight, I'd rather talk," Duterte said on Monday.

Alejano said China misled the Philippines when it built illegal structures over the Mischief Reef and the Scarborough Shoal which China claims is part of its territory.

"China fooled us in Mischief Reef, fooled us in Scarborough Shoal. Are we going to let China fool us again in Benham Rise?" Alejano said.

Alejano urged the administration to defend the country's territory and not bow down to the whims of China.

"We won't be able to assert our rights even in Benham Rise in the future if we want to always appease China," Alejano said.