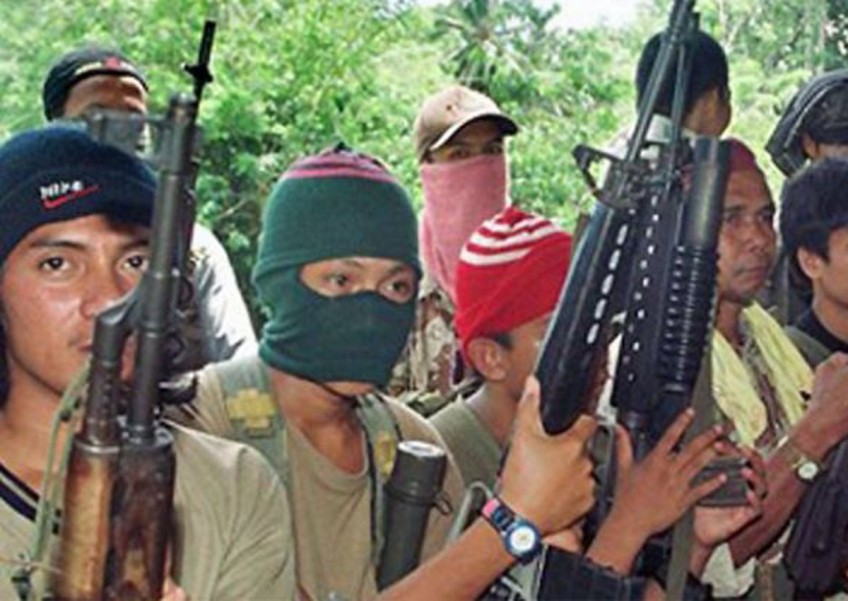 An undated photo of armed members of the Abu Sayyaf group.
AFP

ZAMBOANGA CITY - Two bodies with severed heads were found in the village of Upper Tumahubong in Sumisip, Basilan on Wednesday morning.

The victims are believed to be two of five Vietnamese kidnapped by the Abu Sayyaf bandits.

The severed heads were deliberately placed in between the right armpit of the bodies.

The first body was wearing a black shirt, loose pants and rain boots.

The second body was shirtless and only wearing loose pants and black rain boots.

Basilan Governor Jim Saliman said the bodies, discovered by residents at 3am, were dumped along the dirt road covered with banana leaves.

The Western Mindanao Command and the 104th Army Brigade in Basilan are still silent over the reported beheading of Vietnamese nationals.

On Nov 11, six boat crew members and officers of MV Royal 16 were kidnapped by armed men near the Sibago Island in Basilan.

One of the six managed to escape on June 16.