Three of the suspects were arrested in two rooms at The Royal Garden hotel in Tsim Sha Tsui.

Two police officers have been arrested for possessing more than HK$12 million (S$2.2 million) worth of drugs, which the force believes were stolen from the record haul of crystal meth seized last week.

One of the two policemen detained, a 41-year-old station sergeant, who is attached to the Kowloon West anti-triad squad, was caught with 2kg of Ice in the Royal Garden Hotel in Tsim Sha Tsui East on Thursday, police said, just days after being part of a team that seized 296kg of the drug in a nighttime raid in Jordan.

The force then arrested the veteran's colleague, a 37-year-old constable, after another 23kg of crystal meth, an alternative name for Ice, was later discovered in Shek Kip Mei.

A 29-year-old woman and 43-year-old man were also taken into custody during Thursday's operation by the Mong Kok special duty squad.

All four were arrested on suspicion of trafficking in a dangerous drug - an offence that carries a maximum penalty of life imprisonment.

A police source said that more than 10 officers of the Kowloon West anti-triad squad that made last week's record seizure would be taken off the team while investigations continued.

Police said officers found Ice, about HK$270,000 in cash, and a small quantity of other drugs, including cocaine, inside two rooms on the same floor of the hotel, before uncovering the bigger stash in Shek Kip Mei. In total the 25kg of the recovered drugs had a street value HK$12 million.

As of the early hours of Friday, the four were still being held for questioning and had not been charged.

The sergeant and constable were among a team of officers who found 296kg of crystal meth with an estimated street value of nearly HK$159 million in an empty ground-floor shop on Shanghai Street, Jordan, on Tuesday last week.

Police said it was the largest seizure since they started keeping records in 1991.

A police spokesman said it would investigate whether the drug involved was related to a case dated April 28.

Speaking before the arrest of the constable, he said the force was "heartbroken" to learn the sergeant was arrested for a serious crime and that a comprehensive review of other investigations he was involved in would be held. 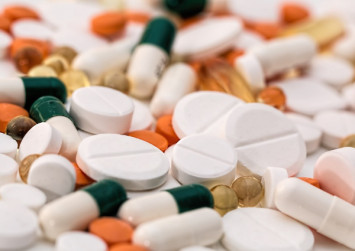 The spokesman said the force attached great importance to officers' conduct and integrity, adding the matter would be handled strictly and in a fair and impartial manner.

The two policemen were the fourth and fifth officers arrested in the city in a week.

On Monday night, two off-duty officers were among 36 people arrested during an anti-gambling raid in Tuen Mun. All the suspects - 28 men and eight women - were released on bail.

According to police, the two off-duty officers have been suspended from duty.

In Hong Kong, gambling in an illegal establishment carries a maximum penalty of nine months in jail and a HK$30,000 fine.

Last Friday, a 41-year-old police officer was arrested and suspended from duty after a video of him abusing his son went viral online. The officer has been released on bail.

"The police force places great importance on the discipline of its members. Any illegal behaviour found after the investigation will be severely punished," police said in a statement.