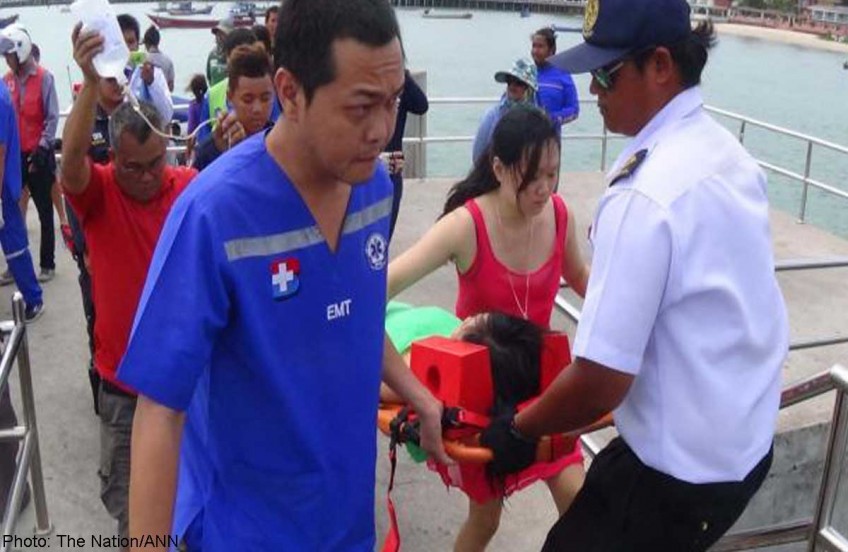 A 12 year old girl and another Chinese tourist were sent to hospital yesterday after their banana boat crashed into a sightseeing ship off Pattaya.

Two other Chinese holidaymakers riding the inflatable boat were dislodged by the accident and rescued.

The girl reportedly hurt her legs and her companion, aged about 40, choked on seawater and suffered body bruises.

Captain Sombat Praditprasert told police that the jet-ski pulling the banana boat suddenly cut in front of his vessel with 18 tourists aboard.

The ship's owner, Thonglor Suetrong, vowed to take care of the injured Chinese passengers, regardless of the results of the police investigation into who was at fault.

There were no reports on how, or whether, the jet-ski driver or owner had given their story to the police and no criminal charges had been filed against anyone at press time.