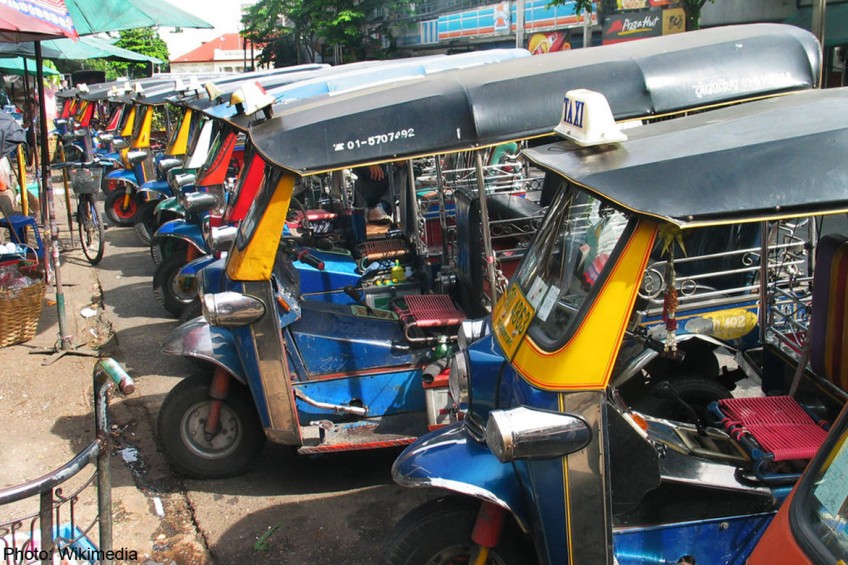 Thai police have arrested three Hong Kong tourists for allegedly falsified a complaint that they had been robbed of smartphones, two cameras and cash by a tuk tuk driver.

They filed a complaint at Thung Mahamek police station at 11.35pm on Saturday that they had been robbed by a tuk tuk driver on a trip from Central World to their hotel on Sala Daeng Road.

They claimed their iPhone X phones and two cameras as well as Bt45,000 (S$1,900) in cash were taken by the tuktuk driver.

While registering their complaint, police sensed their story had flaws.

When officers checked footage of security cameras in front of Central World, they saw that the three entered a white Toyota Yaris. At their hotel, footage showed that they had their smartphones.

Surachet said the three eventually admitted falsifying a complaint. They said they wanted to claim compensation from their tourism insurance policies.

When police checked their hotel room they found the smartphones and the three admitted that they did not have two cameras and Bt45,000 cash that they had claimed was stolen.