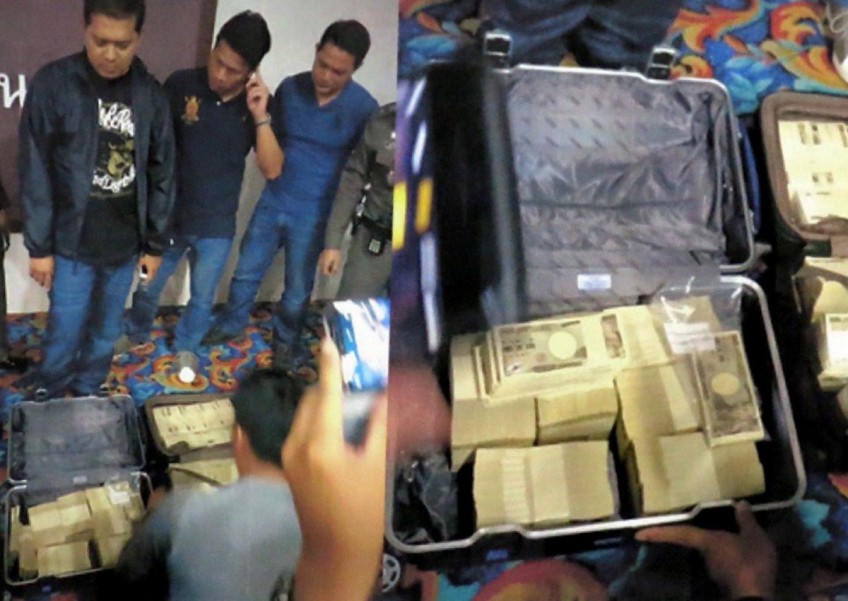 Arrest warrants have been issued for three more suspects in the October 2 robbery of 197.96 million yen (S$2.4 million) from a Bangkok jewellery exporter, police said on Tuesday.

Sompong told reporters after the case investigators' meeting at the Paholyothin precinct that so far arrest warrants had been issued for seven individuals.

Except for Natthapong and Sarayuth, the suspects were current and former employees of the victim, gold and jewellery exporter Pattharit Taerattanachai.