A woman crosses the street while wearing a protective mask following the recent rise in coronavirus disease (Covid-19) infections in Taipei, Taiwan, May 21, 2021.

Taiwanese authorities are searching for more than 300 people who tested positive for Covid-19 amid a worsening outbreak on the island which saw a further 635 infections and 11 deaths reported on Wednesday (May 26).

The number of deaths reported for one day was a record high for the island and the number of new infections is the second highest after Saturday, when 721 local and two imported cases were recorded.

Some 146 people in Taipei and 164 in neighbouring New Taipei were reported missing after they were confirmed to have been infected, a situation Taiwan's health minister Chen Shih-chung said was worrisome because it might further widen the outbreak.

According to the Taipei city government, the missing people took the Covid-19 PCR (polymerase chain reaction) tests at hospitals and were sent home to wait for the results.

But the hospitals were not able to contact them at home because the phone numbers and addresses they provided were either fake or illegible. As a result, the city government could not account for them.

The New Taipei city government has reported the same situation and says police are looking for the missing Covid-19 infected people. 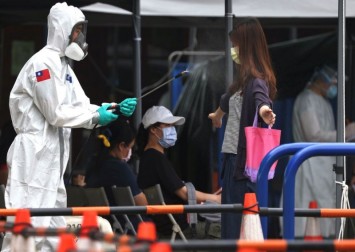 With the island continuing to report new infections, Chen said the relevant authorities needed to find the coronavirus-infected people as soon as possible to prevent them from spreading the disease.

A police officer said some of those unaccounted for might be worried about how to earn a living if confined in an isolation ward for treatment, and therefore might choose not to respond to notifications from the hospital.

"Some of these people are from the low-income sector and they find earning income more important than being treated at hospital. This is the woe of the layman," said police officer Shih Ming-chin on why a person might prefer to not go to hospital, even if they did not need to pay. Treatment of epidemic-related disease is free under local law.

Of the 11 deaths, there were nine men and two women all aged between 50 and 70. Seven had pre-existing chronic health issues such as high blood pressure or had suffered strokes, according to the centre.

"Those who have chronic diseases and are above 60 years old are vulnerable to Covid-19 infection and this explains why the death toll is usually high in this sector," Chen said in a news conference in Taipei. 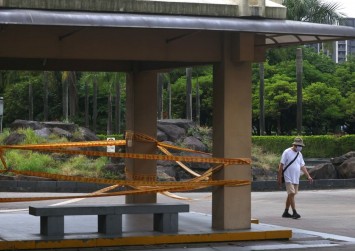 More than 3,850 severe cases have been reported since the latest outbreak was brought to public attention on April 20, and 38 per cent of those cases occur in people aged above 60, figures released by the centre showed.

By Wednesday, there were 2,200 intensive care beds and nearly 270 negative pressure beds available, although some hospitals reported zero capacity to take new patients, according to the centre.

Governments of Taipei and New Taipei - which have the largest number of infections in Taiwan - have signed up big hotels to provide rooms for less affected patients to save hospital beds for seriously infected patients.

While Chen said he was optimistic about authorities' efforts to contain the outbreak soon, former health minister Yang Chih-liang, said life would only be able to return to normal in the first half of next year when 60 per cent of the people were vaccinated.

"Only when the number of local infections drops to below 20 daily and more than 30 per cent of the people are inoculated will the outbreak be able to be eased," he said, adding that with a limited supply of vaccine, it would take at least six months for 60 per cent of the locals to take the jabs.

Brent Christensen, the outgoing US envoy to Taiwan, said in an online news conference on Wednesday he was confident of the ability of the Taiwan authorities to contain the outbreak, given their previous success in managing the pandemic.

"Many of Taiwan's neighbours are also experiencing the outbreak and Taiwan's infection number is still among the lowest in the world," he said. Christensen said the US and Taiwan had co-operated over the past year in testing the vaccine and treatment.

Christensen said the health ministers of the two sides met via video conference on Friday and discussed the 80 million doses of vaccine President Joe Biden promised to release to US friends and allies. 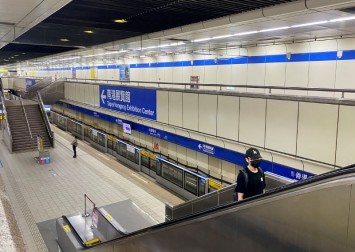 He said the criteria for receiving US doses would include the level of infections among recipients, their economic conditions and the condition of their health care system as well as existing levels of vaccination.

"We know that Taiwan's own vaccine will become available in coming months. I can assure everyone we are engaging with Taiwan on all levels of this issue," he said.

Taiwanese President Tsai Ing-wen has revealed that the local vaccine will be available in July.

Until the latest outbreak, many people in Taiwan had been reluctant to get vaccinated. Now, as more head to vaccination centres, authorities are scrambling to secure enough doses for its population of 23.5 million.

The island has so far received just 720,000 doses of the AstraZeneca vaccine and more than 310,000 people have been inoculated.