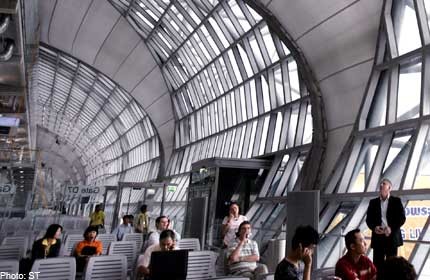 THAILAND - Nine foreigners were suspected of using the stolen stamps.

The Thai Embassy in Malaysia has alerted immigration authorities in both countries after hundreds of visa stamps went missing, saying that they could be used for illegal purposes, Thai Foreign Ministry deputy spokesman Jakkrit Srivali said Thursday.

The Malaysian police have been notified about the missing stamps and the embassy is seeking legal action against five local staff for their alleged involvement in the incident.

The ministry had known about the theft for quite some time but kept it out of the media to facilitate the investigation, Jakkrit said, adding the neither side wanted those who used the stolen stamps to escape across the border.

An investigation panel comprising officials of the embassy and the ministry in Bangkok has been investigating the theft since July and found that the group had covered their crime very well.

"Our investigation shows that some Thais in Thailand were involved but there was no participation by any ministry officials. We will be taking legal action against the culprits," he said.

Thai immigration authorities have found a total of nine suspicious entries by foreigners suspected of using the stolen stamps. Two were from Cameroon and Guinea and attempting to enter Mukdahan province from Laos with a visa issued by Thai Embassy in Kuala Lumpur. However, they had no entry stamps into and out of Malaysia, so were denied entry to Thailand.

Three Pakistanis, two Iranians and two Indians were arrested at the Suvarnabhumi Airport for allegedly using falsified entry documents. An investigation is underway to ascertain or otherwise if they have any record of involvement in terrorist activities.