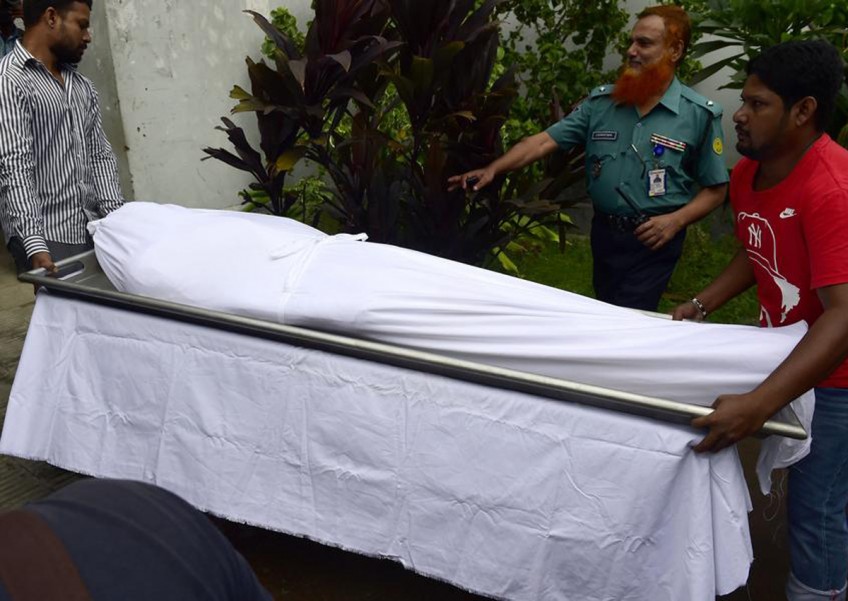 Workers transport the body of Italian citizen Cesare Tavella, who was shot to death on September 28 by unidentified assailants in Dhaka.
AFP

DHAKA - Bangladesh police said Monday they have arrested four people in connection with the murder of an Italian aid worker who was shot dead last month in an attack claimed by the Islamic State group.

"We have arrested four people in connection with the murder of Cesare Tavella. Three of them were his killers," Dhaka police spokesman Muntashirul Islam told AFP.

Islam also said that police had recovered a motorbike used as a getaway vehicle after the attack on Tavella who worked in the capital Dhaka for a faith-based Dutch charity.

Further details would be released at a police press conference later on Monday, the spokesman added.

The 50-year-old Tavella was shot dead on September 28 near Dhaka's diplomatic zone, one of a series of recent attacks which have been claimed by IS.

A weekend bombing of the main Shiite shrine in Dhaka, which killed one person and wounded dozens more, has further heightened fears of minorities living in the mainly Muslim but officially secular nation.

A Japanese farmer was also murdered by gunmen in northern Bangladesh less than a week after Tavella's killing.