4 militant suspects from China on trial in Jakarta 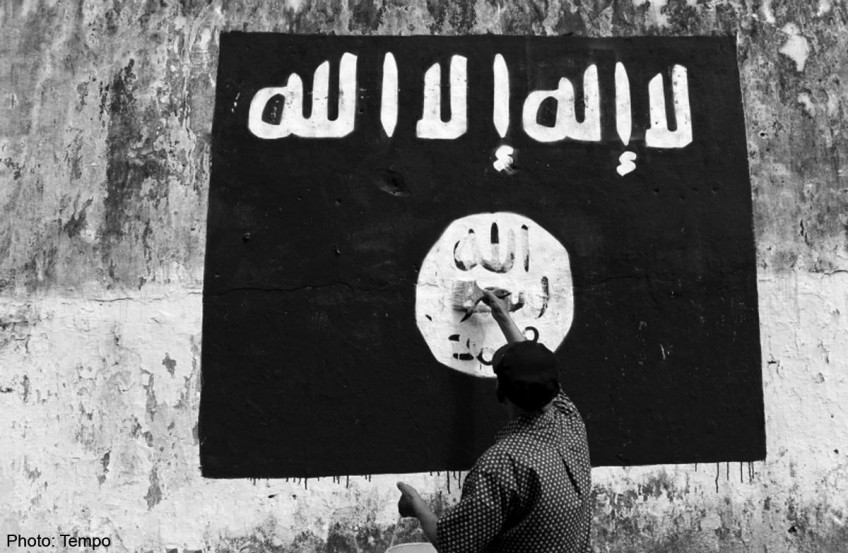 This file picture taken on on May 23, 2014 shows fully armed Chinese paramilitary police patrol a street in Urumqi, the capital of farwest China's Muslim Uighur homeland of Xinjiang.

The four, aged between 20 and 30, are accused of being supporters of the Islamic State in Iraq and Syria (ISIS) militant group and trying to link up with Indonesian militants in Poso belonging to a group led by Indonesia's most wanted terrorist, Santoso.

Of the four, three travelled last August from the Turkestan region of north-west China to Cambodia and then Bangkok, where they met the fourth suspect from China, who passed them forged Turkish passports.

The group later travelled to Indonesia via Kuala Lumpur, where the Indonesian Embassy issued travel visas.

Prosecutor Dicky Oktavia told the North Jakarta district court that before the three entered Indonesia, they had travelled to Turkey but failed to cross over into Syria to join ISIS.

"They were held up at the border in Turkey as it was difficult to cross over. Then they received directives to join Santoso, who has pledged allegiance to ISIS."

This is the first case involving suspected foreign terrorists accused of supporting ISIS entering Indonesia. The four were charged with spreading terror and are facing life in jail under Indonesia's anti-terrorism laws.

The charges read out in court yesterday were based on police dossiers prepared after interrogation of the suspects and witnesses, according to Mr Kamsi, a lawyer representing the suspects.

"We understand (the suspects) were not willing to talk much. Accounts to build the indictment were mainly from the witnesses," said Mr Kamsi, who, like many Indonesians, uses one name.

The hearing was adjourned to next Monday, when the court will hear testimonies from witnesses, including arrested local militants who harboured the suspects.

Meanwhile, Colonel Rikwanto, a spokesman for the police, said they have arrested five suspects for allegedly recruiting and training ISIS supporters intended to be sent to Iraq and Syria.

The authorities said more than 350 Indonesians have joined ISIS.

Analysts point out that as Indonesia does not ban anyone or any group that declares support for ISIS, government agencies find it difficult to check the spread of militant ideology.

The police are pushing for changes to anti-terrorism laws that will allow them to take tougher preventive measures.