Four Singaporean undergraduates have been sentenced to suspended jail terms by a Taiwan court for sexually assaulting two Taiwanese women in Taipei in December 2016.

The four - Lau Wei Seng, Bryan Ong Kun Jun, Tan Juan Yin and Lim Wei Xuan - while not having to serve time behind bars, will have to live under supervised probation in Taiwan for the next four years or more.

Both had their sentence suspended for five years.

All have been released on bail but are barred from leaving Taiwan, pending appeals, reports local media.

According to Shin Min Daily News, the four had sexually assaulted the two women whom they met in a dance club in a rented apartment on Dec 11, 2016, while three of them were visiting Lau, an exchange student in a Taiwanese University.

All four men were arrested by the Police at the limen subway station at Ximending shopping district on Dec 13, reports The Straits Times.

They were on their way to catch a flight back to Singapore.

In a media release by the Shihlin District Court in Taipei said the four men have expressed remorse for their actions and reached a settlement with the two victims, compensating them with an undisclosed sum.

The victims said that they have forgiven the four and even pleaded for leniency for them.

The court was quoted as saying:

"If they are sentenced to jail, this will not only hinder their rehabilitation but also add to social costs." 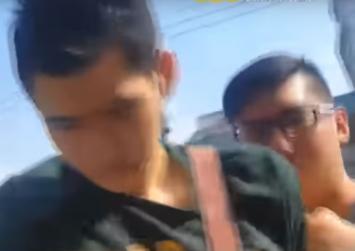