Four teenagers accused of causing the death of a classmate during a bullying incident were sentenced to prison terms Tuesday.

In the final trial, Incheon District Court sentenced the defendants to terms ranging from a minimum of 18 months to four years.

Two of the defendants, who admitted to the charge of causing bodily injury resulting in death were each sentenced to 18 months to three years, and two years to four years, respectively.

Under local criminal law, jail terms for juveniles are given with short- and long-term durations. A juvenile prisoner may be released once the short-term sentence has been served. 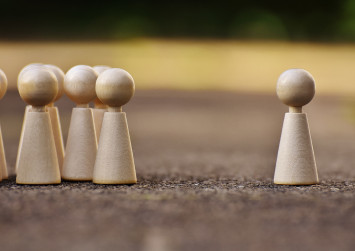 Two other defendants who denied the charges were sentenced to three years to six years and four years to seven years, respectively.

Under the law, the highest prison term for such a crime is five to 10 years.

The four were arrested last November under suspicions surrounding the death of their classmate who fell from a 15-story apartment building in Incheon. The police said they assaulted the victim on the rooftop, causing the victim to fall in the process.

Authorities said they viewed the fall occurred as the victim attempted to escape from the assault. The perpetrators could anticipate the possibility of the assault leading to the victim's death, they added.