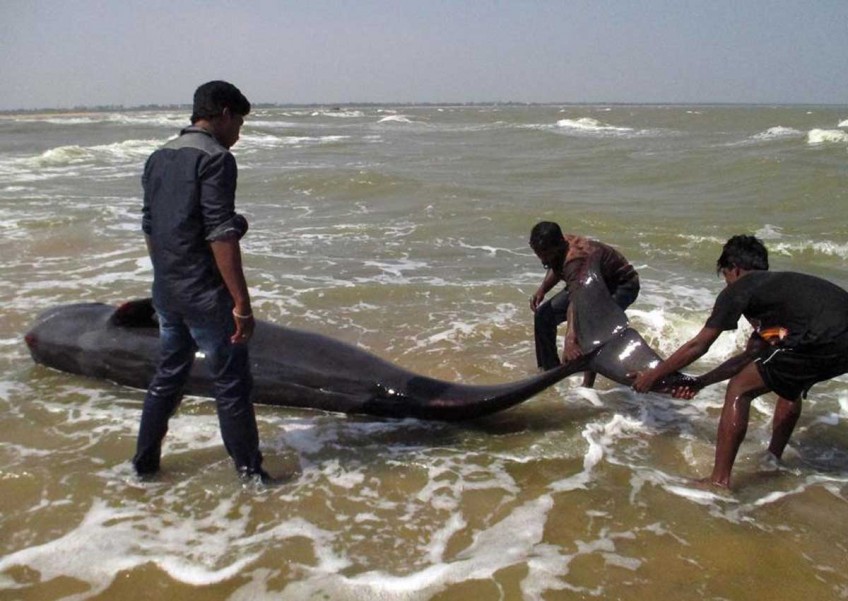 Chennai, India - Forty five whales have died after stranding themselves on a southern Indian beach, a government official said Tuesday, with local fishermen struggling to save others.

The pod of whales started beaching themselves on Monday afternoon along a 15-kilometre (9-mile) stretch of coast near Tiruchendur on India's southernmost tip.

"At least 45 short-nosed pilot whales beached were later confirmed dead on the coast of Tiruchendur," district collector M. Ravikumar said, adding that the pod may have been hit by a passing ship.

About 50 whales altogether had become stranded, local forestry officer S.A. Raju said, while the Press Trust of India and other local media put the total number at more than 100.

"It's very strange and we are examining the whales. We found some of the whales are still alive and struggling for their lives," Raju said.

Raju added he and his team were seeking help from the district administration to try to rescue those still breathing.

Fishermen and others were attempting to push those whales back into the water along the coast, located some 700 kilometres from the city of Chennai, local media reported.

"On Monday evening there were more than a dozen whales beached at many places on the shore," said S. Thiraviyam, a resident of the town of Manapad.

The southern tip of India is close to major shipping trade routes.