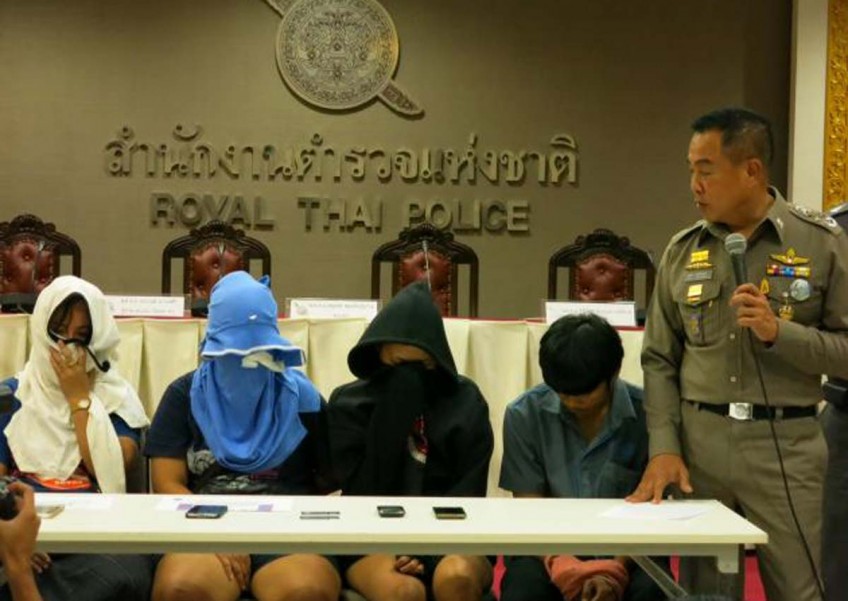 FIVE THAIS suspected of being members of a transnational gang that forced Thai women into prostitution in China by promising "hooter girl" jobs have been arrested after four victims filed police complaints.

The gang was believed to have operated since 2012 promising women jobs in China, Malaysia and Singapore.

Police spokesman Prawut Thawornsiri said this was one of the 34 human-trafficking gangs that Thailand presented in its update to the United States' "Trafficking in Persons" report.

Somyot said he hoped this bust would show the international community that Thailand was serious about suppressing the human trade and would help get Thailand out of Tier 3, the lowest level, in the TIP report.

Sunatta allegedly arranged for four women to travel to China accompanied by two Chinese men - Wei Kanghow and Keng Siangtan. Inthu-on delivered the women's passports prior to departure, police said. The women then found themselves locked up and forced into the flesh trade in the Chinese city, police said.

One victim pretended to be seriously sick and paid Bt50,000 (S$1,966) to Pradit's bank account to be released to return to Thailand, where she filed a police complaint and sought the assistance of the Foreign Ministry to contact Chinese authorities to rescue her three friends, police said.

Jittanan was identified as the owner of the phone used in the gang's communications.

There were likely more than 20 victims, since Srilakhon's credit cards were used 23 times to buy plane tickets, police said.