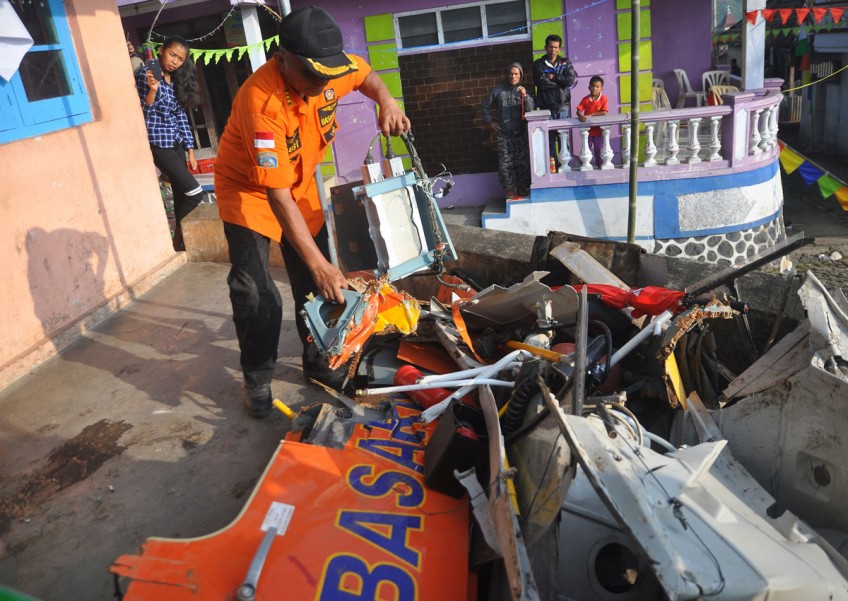 JAKARTA - Eight people were killed after an Indonesian search and rescue helicopter crashed, a senior official said Monday, the latest aviation accident in the country.

The Indonesian Search and Rescue Agency's helicopter was carrying four rescuers and four Navy crew when it crashed into a cliff in Temanggung in central Java on Sunday.

All eight bodies have been recovered from the crash site and identified, the head of the agency, Muhammad Syaugi, told AFP.

The chopper was on a mission to oversee the situation in Central Java, where a volcanic crater erupted at the Dieng Plateau on Sunday afternoon.

About five people were lightly injured when the Sileri crater spewed cold lava, ash and mud as high as 50 metres (164 feet) into the sky, with officials quick to deploy officers to clear the popular tourist area.

Syaugi said his agency and the national transportation safety committee will investigate the cause of the crash.

Indonesia has experienced several air disasters in the past few months and has a poor aviation track record.

In December, a military helicopter crashed in a remote area in Indonesia's Borneo killing three people.