A demonstrator wearing a face mask holds a sign to protest against the Tokyo 2020 Olympic Games a year before the start of the summer games that have been postponed to 2021 due to the coronavirus disease (Covid-19) outbreak, near National Stadium in Tokyo, Japan, July 24, 2020.

The governors of nine Japanese prefectures believe the Tokyo Olympic Games should be postponed again or cancelled outright if the present surge in coronavirus cases cannot be brought under control.

The Mainichi newspaper interviewed the governors of all 47 Japanese prefectures, with nine local leaders saying that scrapping the Games should be an option if the safety of athletes, spectators and members of the public could not be guaranteed.

Three of those prefectures – Saitama, Shizuoka and Yamanashi – are close to Tokyo and are scheduled to host events, including soccer matches and the cycling road race.

Most of the other governors hoped that the government and the organisers would be able to implement sufficient precautions for the Games to go ahead safely.

With just over 11 weeks until the opening ceremony, there is growing concern that time is running out for drawing up plans to minimise the spread of the virus and to then implement them.

Those fears are being stoked by the continued spread of the disease. The organisers of the Olympic Torch relay confirmed on Monday (May 3) that six more people assisting with the event in Kagoshima, in southern Japan, had tested positive for the virus, bringing the total to eight.

There were 708 new cases recorded in Tokyo on Monday, up by 283 from one week previously, while the seven-day average of daily cases over the preceding week came to 873.6, nearly 20 per cent higher than the figure for the previous seven-day period. 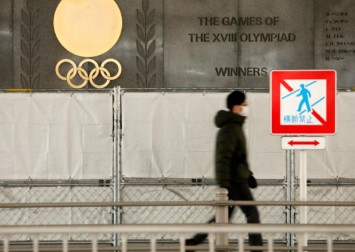 People in their 20s accounted for the largest number of the new infections, while health experts are warning that most new cases are of the highly infectious B.1.1.7 strain of the illness, first discovered in Britain.

“If the situation with infections has a very serious impact on the citizens of this prefecture, then the event should be postponed or cancelled,” said Kotaro Nagasaki, the governor of Yamanashi.

Denny Tamaki, the governor of Okinawa, replied to the Mainichi by saying that, “Protecting the lives of the citizens of the prefecture is the highest priority”, adding that if Tokyo officials were forced to declare a new state of emergency, then the Games should be cancelled or postponed.

Asked at what point the decision to cancel should be taken, the governor of Ibaraki prefecture, Kazuhiko Oikawa, said this should be when it became clear it would not be safe to go ahead with the event “no matter what measures are taken”.

One of the hardest-hit regions in recent weeks has been Hokkaido, in the far north, but officials in the city of Sapporo have decided to go ahead with a test event on Wednesday for the Olympic marathon.

Hokkaido Governor Naomichi Suzuki and Sapporo Mayor Katsuhiro Akimoto held an emergency meeting on Monday, a day after a record 246 cases were reported in the city, the first time the daily infection rate had broken through the 200 threshold. The city also recorded five deaths.

While the Hokkaido-Sapporo Marathon Festival 2021 will go ahead as scheduled on Thursday, the race is now being limited to 120 elite runners, including a number vying for places on the national marathon team at the Olympics, and around 50 runners taking part in a 10km race.

Yoko Tsukamoto had previously been granted one of the 2,500 spots for amateurs to take part in the event. She was “very disappointed” that the “fun run” portion had to be cancelled. 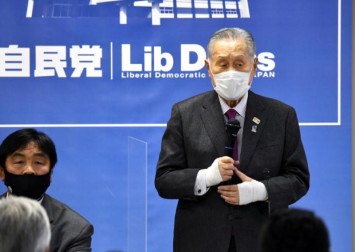 “I was really looking forward to it, but I guess I understand why they have made these changes,” she said.

“The number of infections in Hokkaido has been going up like crazy in the last few weeks and it’s worse because we have the UK variant here now, so it is spreading even faster."

“People are really concerned. We have been told to stay home as much as possible and to only go out when absolutely necessary, but they are still not declaring a state of emergency.”

Tsukamoto, a professor of infection control at the Health Sciences University of Hokkaido, said she had long been in favour of the Games going ahead despite the coronavirus and still hoped that infection numbers would fall in time.

However, she said time was running out and she was having second thoughts.

“I understand that they need to do these test events, for all the sports, and I’m still optimistic that things will get better, but I do believe the government needs to tell everyone what they are thinking, what plans they had put in place and how they are going to handle this situation so that it does not become worse,” she said.

“Right now, they’re not explaining things and that only makes people even more worried.”

Recent public opinion polls have consistently shown firm opposition to the Games going ahead, with more than 80 per cent of Japanese in favour of the entire event being cancelled or delayed for another year.

Read Also
Athletes arriving for Tokyo Olympics do not have to isolate, organisers say 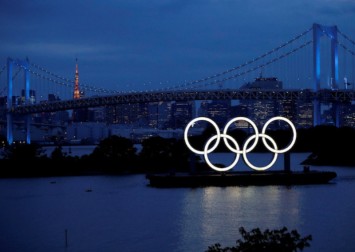 That position has been echoed by a number of public figures, with Hiroshi Mikitani, the head of the Rakuten Group, saying on Twitter in April that he thought it “too risky” to hold the Games this year.

Toshihiro Nikai, secretary general of the ruling Liberal Democratic Party, said on a television programme, “If it is not possible to go ahead any more, then this must be stopped quickly.”

Even Seiko Hashimoto, who chairs the Games organising committee, confessed in late April to having “a lot of anxieties”.

The Japanese government, the Tokyo Metropolitan Government and the International Olympic Committee insist they remain committed to going ahead with the Games and the subsequent Paralympics.