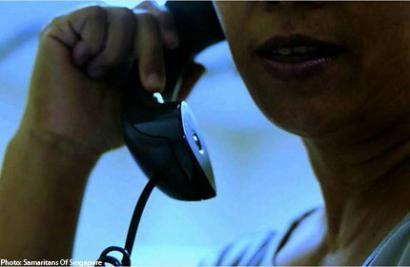 A ninth witness in the 10-billion peso (S$293 million)  pork barrel scam told the Inquirer Thursday she was present when Janet Lim-Napoles met Philippine lawmakers in high-end restaurants, where she handed them cash, and kept a "red book" of such transactions.

This latest witness, who declined to be named in public in the meantime, is now with the National Bureau of Investigation, which has been looking into allegations that Napoles turned allocations from the Priority Development Assistance Fund of senators and congressmen into kickbacks of up to 60 per cent.

Six of the whistle-blowers led by Merlina Sunas were present Thursday during the Inquirer's interview of the ninth whistleblower. They corroborated the new whistle-blower's testimony.

"It was my job to go with her anywhere she went, so I got to see who she met and witnessed money handed to them," said the 35-year-old woman who claimed to have worked as a close aide of Napoles, the fugitive head of the JLN group of companies, from 2009 to 2011. The eyewitness now works as a casual employee for a government agency.

The new witness also said that Napoles kept a red book that contained the names and amounts received by lawmakers who had given her access to their pork barrel funds, which were then coursed through dummy nongovernment organisations (NGOs) and ghost projects.

Levito Baligod, lawyer of the whistleblowers, asked the Inquirer not to name the lawmakers pending completion of this witness' sworn statement. Earlier statements by the accusers said five senators and 23 congressmen were involved in the scam.

Benhur Luy, 31, a cousin and former Napoles employee, has accused the businesswoman of using pork barrel funds in a 10-billion peso racket over the past 10 years.

Luy said he was held captive by Napoles for three months after she suspected him of setting up a rival group to compete with her.

Napoles went into hiding last week after a court issued a warrant for her arrest, and that of her brother Reynald Lim, for the serious illegal detention of Luy.

Seven other former Napoles employees have corroborated Luy's accusations, including two last week who refused to be named for security reasons.

Luy earlier told the Inquirer about the red book, but this was denied by Napoles during the roundtable interview with the Inquirer two weeks ago.

The ninth whistleblower said dinners with the lawmakers were in expensive restaurants, like the Greenhills Stone Grill and Tsukiji in Makati City. She said Napoles asked her to buy gifts for the senators. "One time she asked me to pick a ball pen, Montblanc, worth 65,000 pesos from Rustan's," she said, adding she paid for it in cash.

"I had to pick up the ball pen the following day because it had to be engraved with the senator's name," she said.

he woman also confirmed earlier statements by Luy and Sunas about the bags of money placed in Napoles' bathtub in the master bedroom of unit 18B North Pacific Plaza Towers in Bonifacio Global City, Taguig City.

"I saw one of the staff get a bag of money from the bathtub and hand it personally to Kuya Dick," the woman said, referring to a driver of a senator. Each bag in the tub had the amount it contained written on bond paper.

"When we are ordered to get money from a bag, we correspondingly write in the paper how much was taken out and then write our name," she said.

The ninth whistleblower also said that what Commission on Audit chair Grace Pulido-Tan said about the names of those who had passed government board examinations being used as beneficiaries in ghost projects was true.

"My colleagues had difficulty coming up with names, so when they saw those board passers in the newspapers, they copied their names," she said.

She also confirmed earlier statements of Luy and Sunas that Napoles' drivers, maids and nannies were ordered to come up with names of fake beneficiaries.

Lawyer Baligod told the Inquirer that the ninth whistle-blower did not hesitate to come forward. "We looked for her and she willingly agreed to corroborate the earlier statements of the other whistle-blowers," Baligod said.