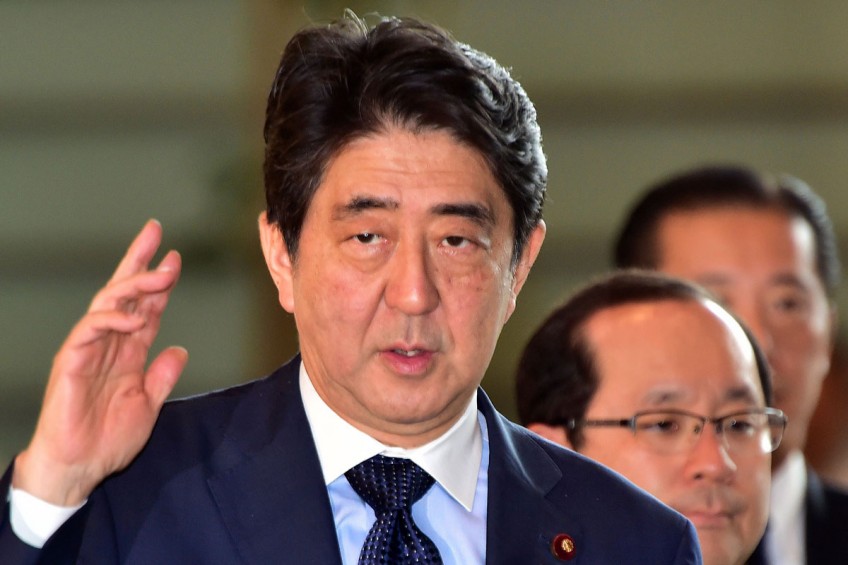 Prime Minister Abe has decided to retain Deputy Prime Minister and Fi-nance Minister Taro Aso and three other ministers in a Cabinet reshuffle planned for next month, according to sources.

Regarding the Liberal Democratic Party's leadership, Abe plans to have the party's General Council Chairman Toshihiro Nikai retain his post, the sources said.

Abe is expected to reshuffle his Cabinet around Oct 7.

The prime minister wants to make no changes to his Cabinet's major posts and in the party leadership because he needs a stable administration to prepare for the House of Councillors election next summer, while approval ratings for his Cabinet are expected to decline due to the enactment of security legislation following a House of Councillors vote on Saturday, the sources said.

Since the second Abe Cabinet was launched in December 2012, Aso and Kishida have supported the prime minister in their current posts. Nakatani - who is also the minister in charge of the security legislation - managed to effectively handle Diet debate on the legislation.

Abe is believed to consider Nakatani an appropriate choice for handling issues related to Self-Defence Forces operations in line with the new legislation.

As for Nikai, his relationship of trust with Abe is growing, the sources said. Nikai expressed support for Abe's reelection as LDP president from an early stage, paving the way for an uncontested election.