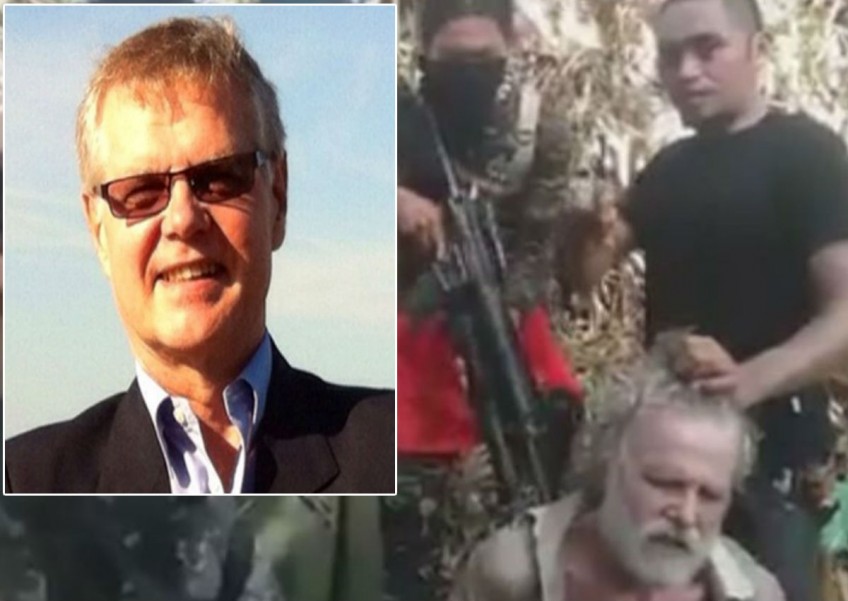 John Ridsdel, 68, was kidnapped by gunmen on September 21 on Samal island.
AFP, The Star

PETALING JAYA - Abu Sayyaf has released a video of Canadian hostage John Ridsdell being beheaded by their militants.

Three of the militants have their faces covered while the person who beheads Ridsdell is not.

Two of them are holding machine guns.

They speak in a language believed to be Tagalog before forcing Ridsdell who is on his knees to the ground about 15-seconds into the video.

One of the militants then hacks off Ridsdell's head with a machete.

As he performs the barbaric act, the militants shout Allah Akbar as Ridsdell cries out.

Ridsdel, 68, a former mining executive, was executed on Monday by Abu Sayyaf who captured him and three others in 2015 while they were on vacation on a Philippine island.

Last Wednesday, Philippine army spokesman Major Filemon Tan said a headless body was found in a dried creek, near the jungle where Ridsdel was believed to have been beheaded.

Abu Sayyaf are believed to be holding several other hostages..

In November last year, Sarawakian Bernard Then was beheaded by Abu Sayyaf militants.