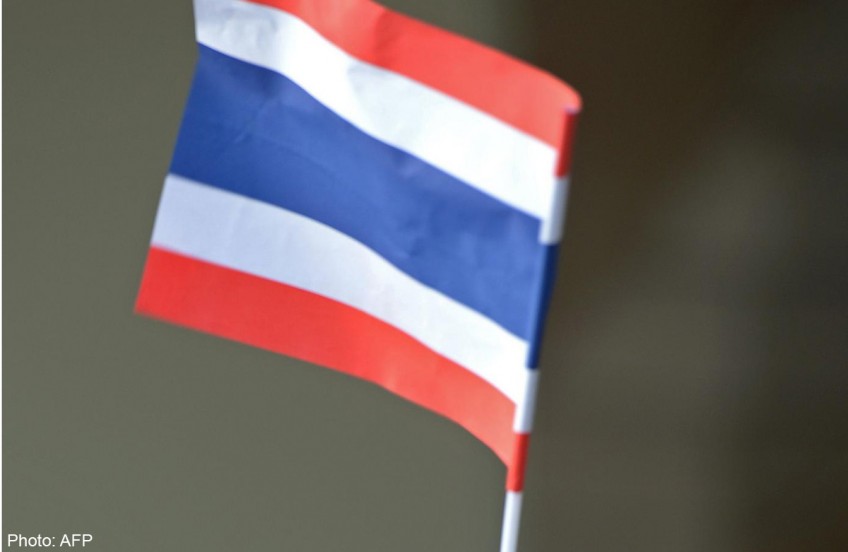 Eight Northeast activist groups say martial law poses a threat to their movements and violates their fundamental right, while academics have called for the revocation of martial law and the establishmentof a Community Rights Act to solve social problems.

The activist groups have united under the banner Isaan Mai (New North Eastern) as a strategy to help one another in what they have described as a campaign for their fundamental rights.

"We shall build the new Isaan with the hands of Isaan people. The development must come from the people, who must also determine their own future on the basis of rights, freedom and democracy," Isaan Mai stated in a statement.

On Friday, eight representatives of the groups addressed the "Isaan in the City" forum at Thammasat University.

They claimed that after the coup the authorities had aligned with capitalists to pressure the groups to stop their activities.

They also claimed people were forced to move from their lands by individuals who cited they were acting on National Council for Peace and Order (NCPO) orders under martial law.

Porntip Hongchai, a representative from Loei's Wang Saphung district, said her neighbourhood had suffered from pollution from a nearby gold mine since 2002.

She said the locals managed to halt its operations in 2013, but the situation was reversed following the coup.

"After martial law was in effect, the soldiers came to our village to beat up the people and took some people into custody with no charges," she said.

"Our group has been banned, even having meals together of up to eight people was forbidden. We were forced to let the mine use the road and all our rights have been ignored."

A similar story was told by Pakorn Sakaewtung, a villager from Ban Na Moon in Khon Kaen.

He said a petroleum-drilling operation, which villagers fear is releasing lethal hydrogen sulphide gas into the atmosphere, was only 1.5 kilometres from his village.

The site's owner did not inform locals about the potential environmental impact prior to the commencement of drilling, he said.

"We were forced to accept a fake public hearing. We cannot do anything to protect our rights while martial law is in effect," he said. "The bailiff told us once that there were no community rights during this time."

Paitoon Soisod, a villager from Ban Kao Bart in Buri Ram, said his village was set up in the 1970s but had been given to a forestry business by the government.

He said their lands were within the Dong Yai conservation forest area, leading to a dispute with the Royal Forestry Department too.

"Earlier, there were several efforts to drive us from our land but, after the coup, soldiers pressured us harder by force, citing NCOP order numbers 64 and 66, and thus our community is gone," he said.

Premkamon Sangbanluerit, who said villagers had the right to live at the Phu Langka conservation forest in Chaiyaphum, echoed a similar fate of enduring alleged abuse by the authorities in response to calls for a community forest.

Wichai Jermpuk endorsed that viewpoint in relation to Tadton National Park in Chaiyaphum.

The other environmental and community rights movements also claimed the authorities had forbade their activities by citing martial law.

Those groups are Rabeab Kangkhan, which campaigned for the protection of the Khon Kaen wetland in the face of industrial development; Nimit Harnlapan, which held a march for just water management in Roi Et; and Wilai Ngamjai's Chaiyaphum-based group, which battled in the Pongnampeth Dam land dispute.

After hearing the groups' problems, scholars pointed out that these problems were because martial law took away people's fundamental rights while allowing almost unlimited power to the authorities.

"The right to peacefully demonstrate, which is the most powerful tool for citizen movements, was taken away by the NCPO's seventh announcement," Mahasarakham University professor Alongkorn Akkasaeng said, adding the activists could help one another proceed with their campaigns.

"According to international standards, the martial law is used only under the severe threat to a nation's survival and for a limited period of time," Mahidol University's human rights expert Benjarath Saechua said. "There is no legitimacy to using martial law now. The use of martial law must end."

On the jurisprudence issue, Surachai Throngngam, of the EnLAW Foundation, said there was still hope.

He explained that according to the Section 5 of interim constitution, community rights were still in effect and there were a few examples in which the authorities were found guilty of acting improperly in the deep South despite martial law being in effect there.

"The martial law gives a power to the authorities to do lawful actions. If they are found guilty of a wrongdoing, they will have to face a punishment," he said. "The solution for the long term is to pass the Community Rights Act."