Afghan police may face shortage of winter clothing - US watchdog 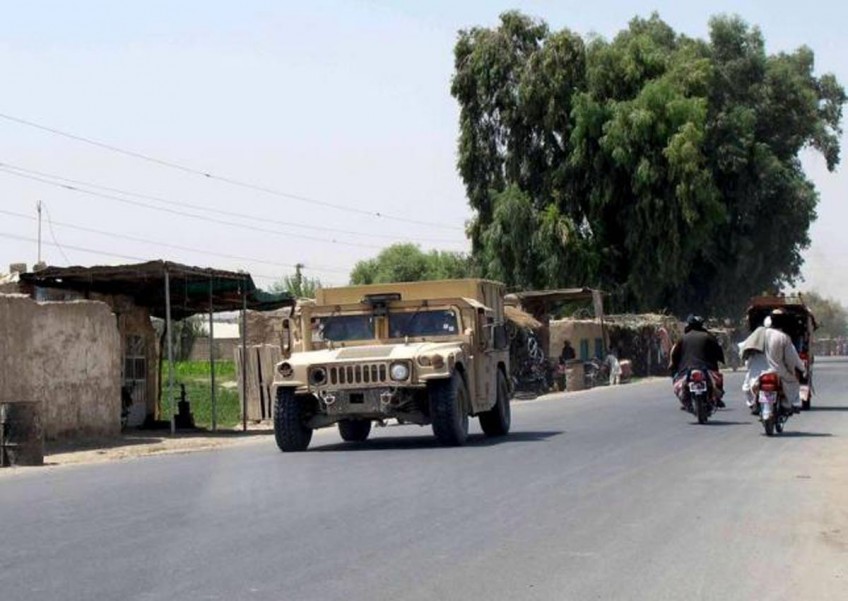 WASHINGTON - Afghanistan forces may face a shortage of more than 90,000 coats this winter, which could affect their ability to fight the Taliban, a US government watchdog said.

In a letter to the Pentagon dated Sept. 16, Special Inspector General for Afghanistan Reconstruction (SIGAR) John Sopko said the shortage could extend into next year.

The US-led Combined Security Transition Command-Afghanistan (CSTC-A), which is responsible for training Afghan forces, had ordered more than 75,000 coats for Afghan police for delivery by July this year, but they had yet to arrive, Sopko said in the letter.

"A lack of cold-weather clothing could adversely impact the overall effectiveness of the Afghan National Army (ANA) and Afghan National Police (ANP) and degrade their operational capabilities," he wrote.

In an emailed statement, a US official told Reuters that efforts were being made to bridge the shortage by providing Afghan forces with surplus US uniforms.

"The bridging strategy is currently in process with uniforms already compiled, shipped and received in Afghanistan," said Major General Daniel Hughes, deputy commanding general of CSTC-A. "We are confident that the ANDSF will have the requisite gear to keep them warm this winter."

Winters in Afghanistan can be frigid, with temperatures as low as 15 degrees Fahrenheit (minus 9 degrees C) in the Hindu Kush mountain range. The coldest temperatures are usually at high elevations.

About 12,000 NATO troops have remained in Afghanistan to train and assist Afghan forces.

According to the letter, from 2011 to 2013, the procurement of cold-weather clothing was the responsibility of Afghan ministries, while the United States funded the purchases.

When clothing shortages became apparent, the United States took back responsibility for procurement.

SIGAR said the Pentagon had 335,054 coats on order for the Afghan army, but they were not expected to be delivered until 2017.

A SIGAR official said the letter was part of a larger audit that should be published by early 2016.